Saltmarsh sparrow may be extinct within 50 years • Earth.com 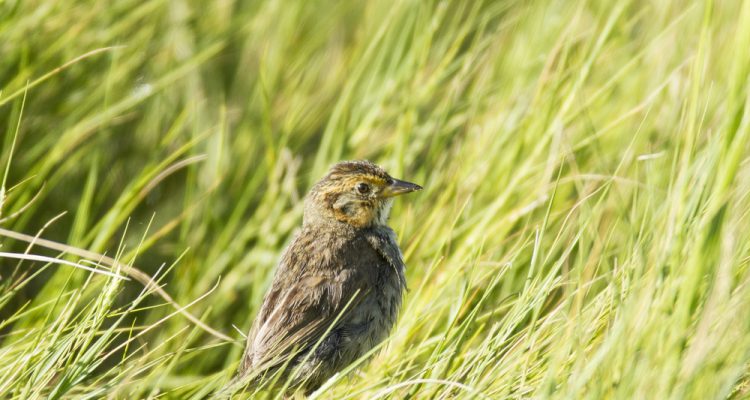 Saltmarsh sparrow may be extinct within 50 years

It has been 85 years since the last time a bird species has gone extinct in the United States. But according to the Connecticut Audubon Society, the saltmarsh sparrow could be next, and may even become completely extinct within the next 50 years. The organization is urging the state to act quickly to protect the at-risk sparrows.

“It would be the first avian extinction in the continental U.S. since the Heath Hen in 1931,” said Milan Bull, senior director of science and conservation at the Connecticut Audubon Society. “There’s no way to characterize that as anything but a disaster.”

Rising sea levels have significantly reduced the amount of beaches, wetlands, shrubby areas, and large grasslands that saltmarsh sparrows typically use as nesting areas. As a result, many different bird species have seen gradual but continuous declines in population. Saltmarsh sparrows, weighing only half an ounce, are especially at risk.

According to University of Maine professor Brian Olsen, the saltmarsh sparrow population has dropped about 9% every year since 1998. In addition to rising sea levels, roads and railways have blocked sea tide waterflow into marshes, further limiting nesting areas.

In the annual Connecticut State of Birds Report, the Audubon Society asked the Connecticut Department of Energy and Environmental Protection to allocate funds to allow for tidal marshes to be relocated inland as sea levels continue to rise. In addition, they recommend that conservation groups, land-use officials, and private landowners to create or expand existing shrub-scrub habitats to allow for sufficient nesting space.