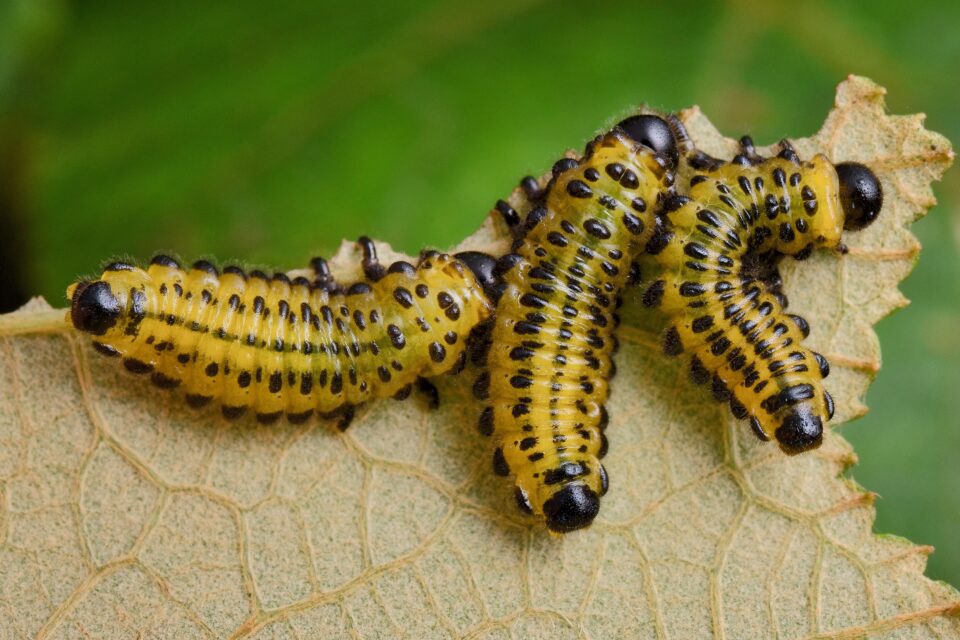 Sawfly larvae secrete noxious chemicals to deter predation, especially by ants. The effectiveness of this deterrent can be tested directly on ants but in a recent study, researchers took a novel approach. Instead of exposing other insects or predators to the sawfly larvae chemicals, scientists translated the chemicals to noise and exposed humans to it.

To quantify how much the humans disliked the sounds, they measured how far from the loudspeakers people walked to reach a comfortable distance.

Entomologist Jean-Luc Boevé of the Royal Belgian Institute of Natural Sciences was one of the collaborators on the project.

“Interestingly, we could show that the responses by ants and humans are correlated, thus indicating that sonification can approximate the ‘real world’ of predator-prey interactions,” said Boevé, who explained where the idea of translating chemicals into sounds came from.

“For instance, you have small molecules like acetic acid contained in vinegar or pungent formic acid emitted by some ants, they’re very volatile and diffuse into the air rapidly. So, I thought it would be possible to translate a high or low volatility into high or low tones, as well as other chemical traits into other sound traits.”

The process of turning chemical cues into sound, that is the process of sonification was work intensive and time consuming. Many experiments and analysis of the sawflies chemistry and morphology were required.

“To be honest, I considered the sonification project so far-fetched myself that I set the project aside, sometimes for several months,” said Boevé.

In the end, many of the roughly 50 human participants described the sounds as scary or unpleasant, exactly what you would expect from chemical deterrents. The researchers hope that the new technique of sonification will be useful for further research in assessing volatile insect chemicals, especially in cases where it may otherwise be challenging.

The results were published by Cell Press in the journal Patterns.