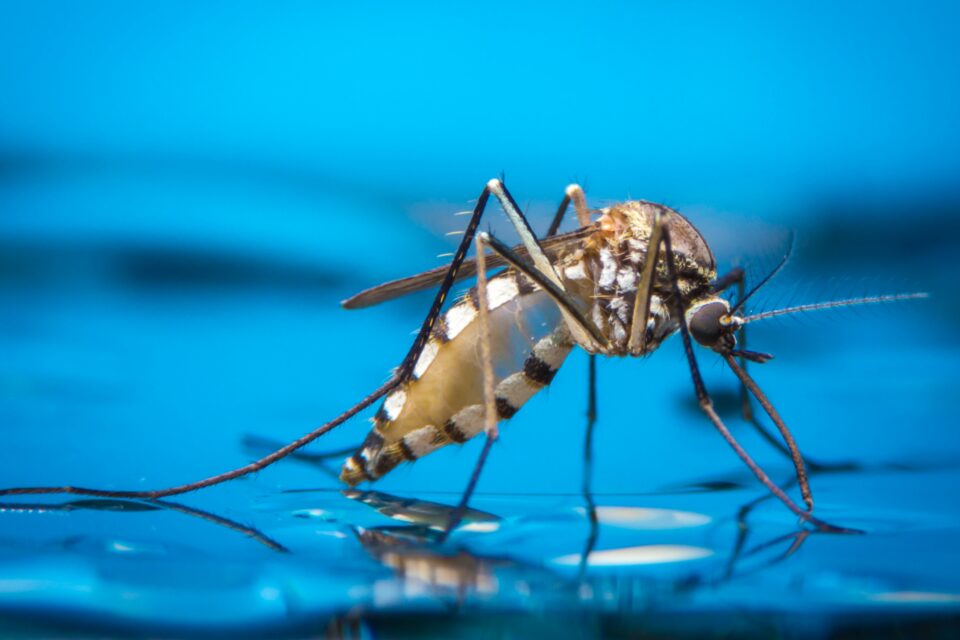 Mosquitoes are not just a nuisance to people on warm summer evenings, but also spreaders of deadly diseases that kill thousands of people each year, including malaria, dengue fever, or Zika virus disease. Although it is thus vital to reduce mosquito populations around the world, commonly used insecticides have become less effective over time, since mosquitoes have developed resistance. Moreover, such chemicals also have a negative impact on the environment.

Now, a research team led by Nagoya University in Japan has discovered a new promising method for keeping mosquito populations in check, by taking advantage of perhaps their most annoying feature: the high-pitched buzzing female mosquitoes create while flying around to seek sources of blood. Male mosquitoes are highly attracted to these sounds, and use their antenna-shaped ears to detect them through vibrations at a similar frequency. When females fly by, the males’ ears detect their frequency and resonate, while sending a signal to their brain which helps them identify potential mates.

The scientists tested whether they could control mating behavior by altering the frequency at which the males listen. “Many laboratories around the world are trying to stop mosquitoes from biting humans,” explained study co-author Matthew Su, a biologist at Nagoya University. “In our lab, however, we take a slightly different approach. What if those females that bite humans were never born at all? Rather than stopping females from biting humans, let’s make sure there are fewer mosquitoes to begin with.”

The researchers first identified the involvement of the neurotransmitter serotonin – which plays a fundamental role in the nervous systems of various animals, structuring their behavior – in the auditory system of male mosquitoes. Then, they manipulated the levels of this major neurotransmitter by feeding mosquitoes with a serotonin-inhibiting compound, and discovered that male ears’ vibration frequency decreased.

A next step in the development of a potential auditory-based “birth control” will be to identify the exact receptors responsible for tuning mosquitoes’ ears. This could enable scientists to administer targeted chemical compounds that could disrupt mating behavior and thus reduce mosquito populations.

“My dream is to find a very specific target, perhaps even a target specific to mosquitoes. Then we could leave other species unaffected,” Dr. Su concluded.