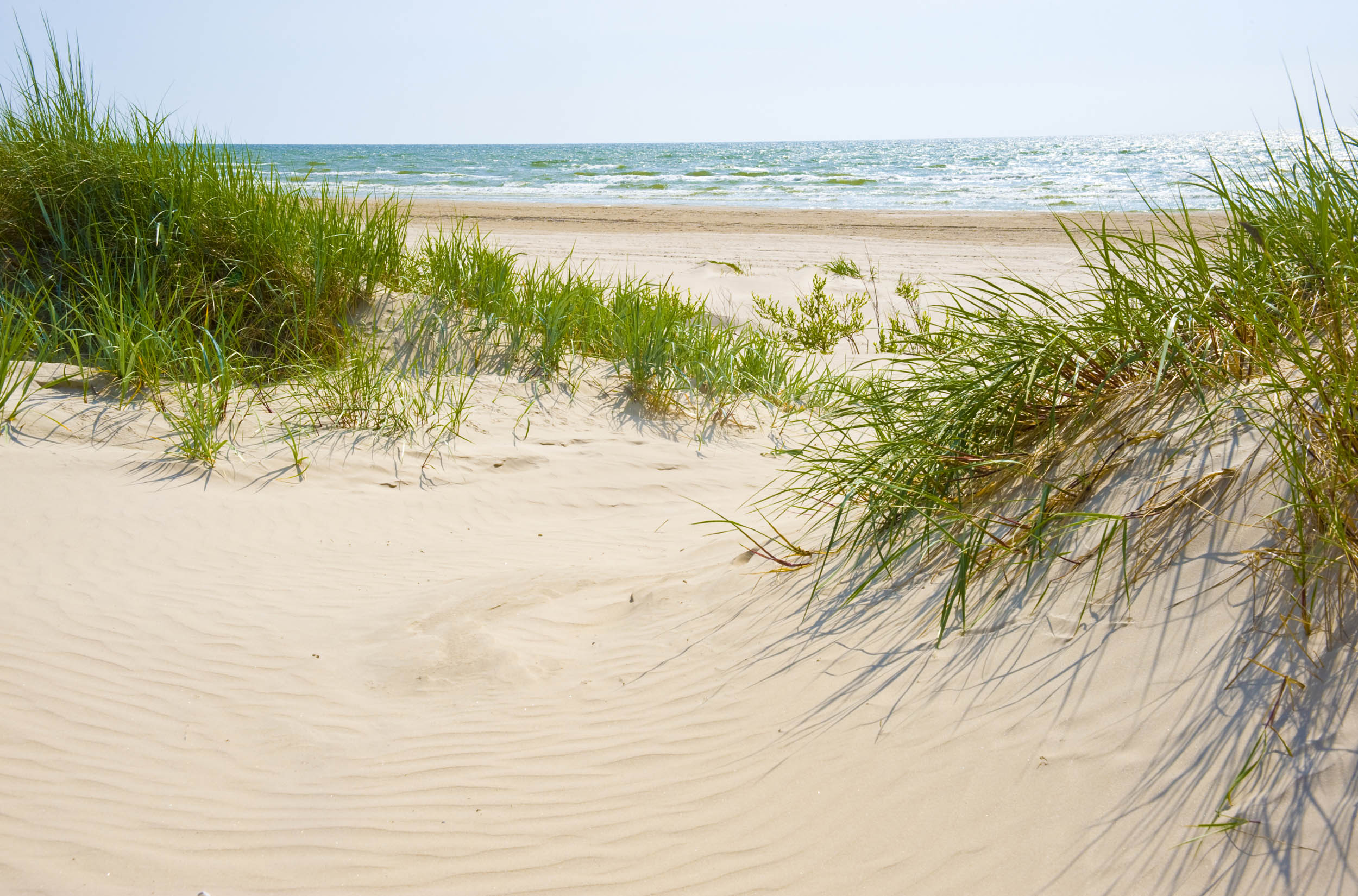 Sand dunes pull double duty — offering a visual treat both for their undulating curves and their ability to attract birds and other wildlife, while affording protection from storm surges and the threat of rising sea levels.

But conservationists have discovered that restoring sand dunes isn’t as simple as dredging sand from Gulf floor and plopping it onshore. Plants transplanted to the new dunes, an important step in stabilizing the sand, seldom thrive.

Kerri Crawford, assistant professor of biology and biochemistry at the University of Houston, has been funded by the Texas Sea Grant program — which is supported by the National Oceanic and Atmospheric Administration — to study the coastal dune ecosystem in Galveston and along the Texas coast.

Efforts in Galveston to rebuild sand dunes along the beach have met with mixed success, as many of the native plants used in the restoration projects don’t survive, said Crawford, a plant ecologist who studies diverse plant communities and who is working with the nonprofit Artist Boat on the project.

“We’re looking at, is there something we can do better to promote plant growth and stabilize the dunes?” she said. “The first thing I think of is, are they missing the microbial community the plants are used to? Sand dunes are pretty hostile environments for plants, and the right microbes can help.”

Sand used to rebuild dunes, generally dredged from the Gulf floor or the Houston Ship Channel, is unlikely to have the soil microbes that promote healthy plant communities, she said. Tests showed the restored dunes and beaches had low levels of arbuscular mycorrhizal fungi, a type of fungus found coexisting with about 80 percent of terrestrial plants, for example.

In tests conducted at the UH Coastal Center, about 30 miles south of the main campus, Crawford is using the fungus in a series of experiments, set up in 100-gallon pots of sand seeded with two species of grasses native to the Texas coast, bitter panicum and sea oats.

While the fungus often works in tandem with plants, sending out shoots to forage for nutrients in exchange for absorbing carbon produced by photosynthesis, it also can overwhelm some species. To determine what soil microbes are needed – and how those microbes can affect plant diversity – Crawford will study the impact of both arbuscular mycorrhizal fungi and soil samples taken from natural plant communities in Galveston. Ultimately, they will collect soil samples and isolate and sequence the soil DNA, in addition to studying how plants perform under varying conditions.

Once the initial plant colonies are established, researchers will seed the pots with additional native plant species to determine how the addition of the microbes affects broader plant diversity.

“Maybe it helps the (original) plants and improves dune stability, but could it affect other plant species?” Crawford asked. “We hope to see that treatment leads to greater growth and stability but doesn’t crowd out other species.”