Scientists discover why catnip is a powerful mosquito repellent • Earth.com 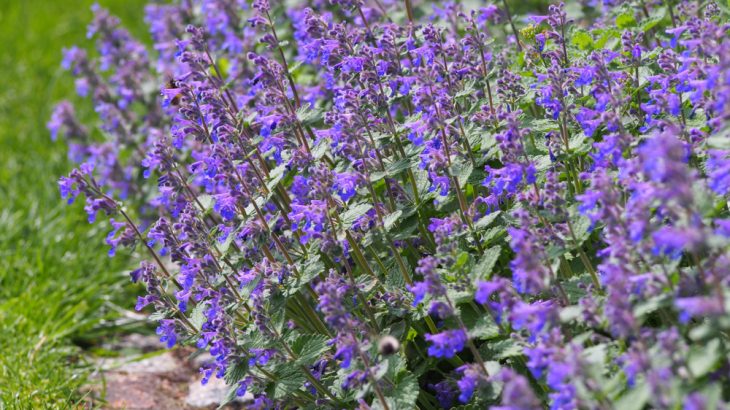 Catnip is a perennial herb in the mint family that is best known for its calming effect on cats. This plant has also been established as a powerful mosquito repellent, and a new study from Northwestern University confirms that natural compounds found in catnip are more effective than those found in synthetic insect repellents like DEET.

Prior to this study, it was unknown exactly why catnip works as a deterrent to mosquitoes and other insects. The researchers have now had a breakthrough, identifying protein receptors in insects that cause an adverse reaction.

“Catnip and its active ingredient, Nepetalactone, have been used for millennia to ward off insect pests, at least since the time of Pliny the Elder,” said study co-author Professor Marcus C. Stensmyr of Lund University. “But why catnip is so potent on such a broad range of insect species has remained unknown.”

When used for mosquito control, traditional insecticides cause harm to other insect species. Modern insect repellents such as DEET are formulated to target mosquito odor and taste receptors so that the insect cannot pick up on the chemical signals that trigger an attack on humans.

“We discovered that catnip and its active ingredient Nepetalactone activate the irritant receptor TRPA1, an ancient pain receptor found in animals as diverse as flatworms, fruit flies and humans,” said study co-author Professor Marco Gallio. “We now think catnip is so aversive to so many insect species because it activates this widespread irritant receptor.”

Previous work conducted in Professor Gallio’s lab revealed that insects and many other animal species, including humans, possess a version of the transient receptor potential ankyrin 1 (TRPA1) ion channel. This protein is best known as the “wasabi receptor” that senses environmental irritants like pain and itch.

“What is particularly interesting is that, unlike wasabi or garlic compounds that also activate these receptors in humans, catnip appears to selectively activate the insect receptor,” said Professor Gallio. “This explains why humans are indifferent to it, and provides a serious advantage for its use as a repellent.”

“Mosquitos, in particular those that act as vector for disease, are becoming a bigger problem as climate change creates attractive conditions for them farther north and south of the equator,” said Professor Stensmyr. “Plant-derived compounds represent a new emerging approach to developing insect repellents, as plants have long known how to protect themselves from insect pests.”

Professor Gallio noted that plant-derived repellants are often available at much lower costs and are easier to obtain. The accessibility of catnip could have major implications in developing countries where mosquito-borne diseases like malaria kill hundreds of thousands of people every year.