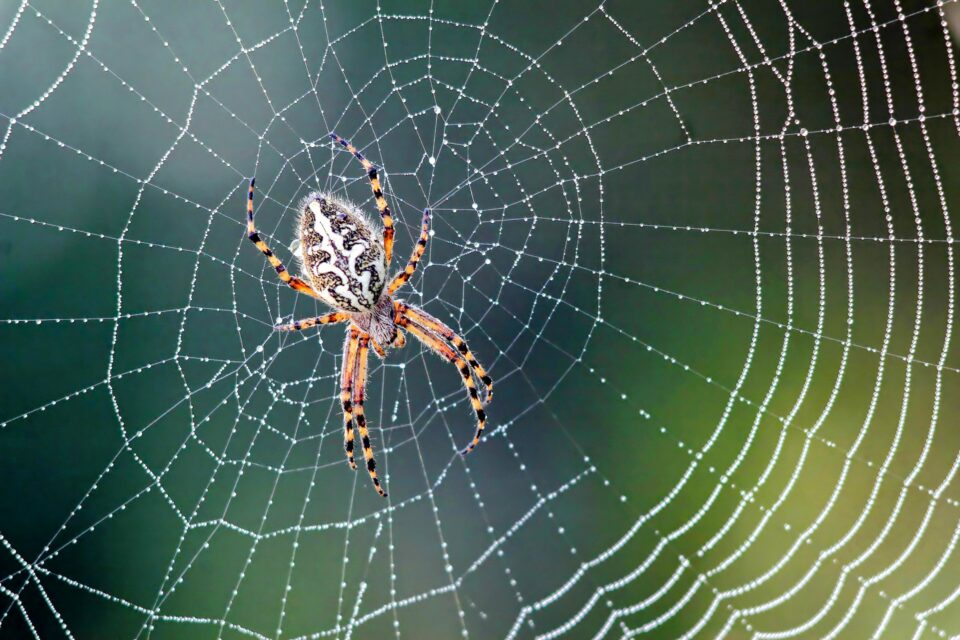 Researchers have long been fascinated by the extraordinary skills spiders show in building intricate and beautiful webs by relying mostly on the sense of touch.

A team of scientists led by Johns Hopkins University has recently used night vision and artificial intelligence to track and record every movement the spiders made in order to shed more light on how creatures with such small brains are capable to build these elegant, complex, and geometrically precise structures.

“I first got interested in this topic while I was out birding with my son. After seeing a spectacular web, I thought, ‘if you went to a zoo and saw a chimpanzee building this, you’d think that’s one amazing and impressive chimpanzee,’” said senior author Andrew Gordus, a behavioral biologist at Johns Hopkins.

“Well, this is even more amazing because a spider’s brain is so tiny and I was frustrated that we didn’t know more about how this remarkable behavior occurs. Now we’ve defined the entire choreography for web building, which has never been done for any animal architecture at this fine of a resolution.”

Gordus and his colleagues designed an arena with infrared lights and cameras to record the web-building activities of six hackled orb weavers, a species of spider native to the western United States. They used machine vision software designed specifically to detect limb movements in order to track the millions of individual leg movements the spiders performed in order to build their webs.

By analyzing the footage, the scientists found that web-making behaviors were extremely similar across spiders.

“Even if the final structure is a little different, the rules they use to build the web are the same,” Gordus explained. “They’re all using the same rules, which confirms the rules are encoded in their brains. Now we want to know how those rules are encoded at the level of neurons.”

In future studies, the researchers aim to experiment with mind-altering drugs to determine which circuits of the spiders’ brains are responsible for each stage of web-building.

“The spider is fascinating because here you have an animal with a brain built on the same fundamental building blocks as our own, and this work could give us hints on how we can understand larger brain systems, including humans,” said study lead author Abel Corver, a graduate student at Johns Hopkins.