Scientists: Virtual certainty of a megadrought in the American Southwest • Earth.com 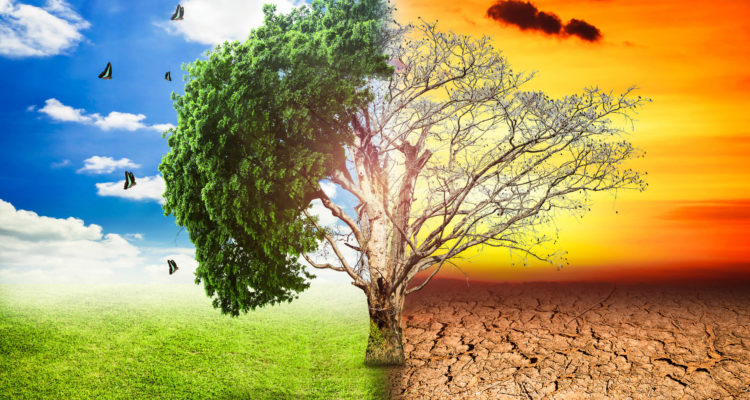 Scientists: Virtual certainty of a megadrought in the American Southwest

As a consequence of a warming Earth, the risk of a megadrought – one that lasts more than 35 years – in the American Southwest likely will rise from a low chance over the past thousand years to a 20 to 50 percent chance in this century. However, by slashing greenhouse gas emissions, these risks are nearly cut in half, according to a Cornell-led study in Science Advances, Oct. 5.

“Megadroughts are rare events, occurring only once or twice each millennium. In earlier work, we showed that climate change boosts the chances of a megadrought, but in this paper we investigated how cutting fossil fuel emissions reduces this risk,” said lead author Toby Ault, Cornell professor of earth and atmospheric science.

“The increase in risk is not due to any particular change in the dynamic circulation of the atmosphere,” Ault said. “It’s because the projected increase in atmospheric demand for moisture from the land surface will shift the soil moisture balance. If this happens, megadroughts will be far more likely for next millennium.”

Ault explained a natural “tug-of-war” governing the surface moisture balance between the precipitation supply (rain) and evaporation (transpiration). But he cautions that increases in average regional temperatures could be so dramatic – more than 4 degrees Celsius (7.2 degrees Fahrenheit) – that evaporation wins out. This, in turn, dries out the land surface and makes megadroughts 70 to 99 percent likely.

“We found that megadrought risk depends strongly on temperature, which is somewhat good news,” Ault said. “This means that an aggressive strategy for cutting greenhouse gas emissions could keep regional temperature changes from going beyond about 2 degrees Celsius (3.6 degrees Fahrenheit).”

This lower average warming figure cuts the megadrought risk almost in half, he said.

These tug-of-war scenarios could very well play out in the American Southwest, according to tree ring and geologic records. During sequences of exceptionally dry years, those rings tend to be relatively narrower than in wet years, he said.

“Tree rings from the American Southwest provides evidence of megadroughts, as there are multiple decades when growth is suppressed by dry conditions,” Ault said, pointing to several megadroughts that occurred in North America between 1300 and 1100 B.C.

“We also know they have occurred in other parts of the world, and they have been linked to the demise of several pre-industrial civilizations,” he said.

The tug-of-war between moisture supply and demand might play out differently in other parts of the world, Ault said.

“Nonetheless, even in the Southwest we found examples of plausible 21st-century climates where precipitation increases, but megadroughts still become more likely,” said Ault, who noted the normally verdant Northeast is in the middle of drought. “This should serve as a cautionary note for areas like the Northeast expecting to see a more-average moisture supply.

“Megadrought risks are still likely to be higher in the future than they were in the past,” he said. “Hence, efficient use of water resources in the drought-stricken American Southwest are likely to help that region thrive during a changing climate.”

On the paper, “Relative Impacts of Mitigation, Temperature, and Precipitation on 21st-Century Megadrought Risk in the American Southwest,” Ault is joined by Justin S. Mankin and Benjamin Cook, both of the NASA Goddard Institute for Space Studies, and Jason E. Smerdon of Columbia University. The National Science Foundation supported this research.