Sea levels on the U.S. coastline will rise one foot by mid-century • Earth.com 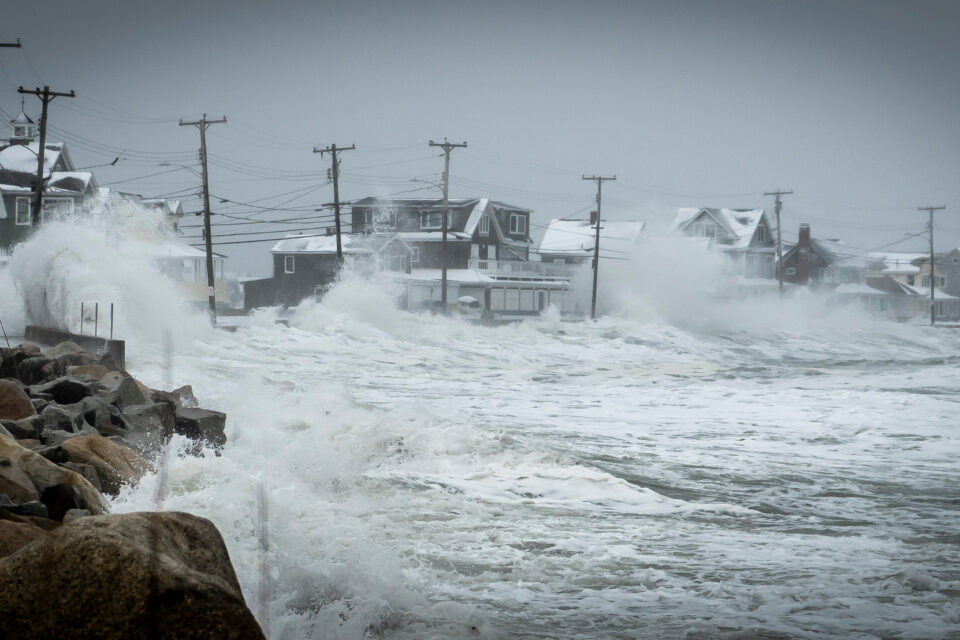 Sea levels on the U.S. coastline will rise one foot by mid-century

At the current rate of global warming, sea levels along the coastal United States will likely rise by a foot (approximately 30 centimeters) or even more by 2050, according to a new technical report released on Tuesday, February 15, 2022 by the National Oceanic and Atmospheric Administration (NOAA). By the end of the century, this value could reach a disastrous two feet, if no urgent measures are taken to mitigate climate change.

“What we’re reporting out is historic,” said Richard Spinrad, the NOAA administrator. “The United States is expected to experience as much sea level rise in the next 30 years as we saw over the span of the last century.” According to Dr. Spinrad, while cutting greenhouse gas emissions to curb global warming is crucial for the longer-term future, the projected sea level rise by 2050 “will happen no matter what we do about emissions.”

This substantial rise will create a massive increase in the frequency of coastal flooding, even in the absence of storms or heavy rainfall, putting over 140,000 houses at risk of “chronic inundation” every month or so. The report predicts that by mid-century, minor high-tide flooding events in coastal areas could happen over ten times per year, while more destructive events (which currently have a four percent chance to occur in any given year) could occur twice a decade.

In order to cope with such events, storm and wastewater systems will need to be upgraded, and many homes and important infrastructure located close to the sea might have to relocate. Moreover, saltwater could infiltrate coastal aquifers, affecting water quality and poisoning farmlands, and septic systems may not be able to safely handle waste. Ports could face severe damage, disrupting supply chains and causing rises in costs that could affect even people who live far away from the coastlines.

“We need to make people understand this isn’t just a bunch of scientists talking and arm-waving. This is really happening, and it’s happening on time scales that matter to the individual,” said Reide Corbett, Dean of Integrated Coastal Programs at East Carolina University and executive director at Coastal Studies Institute. “If we’re talking about 2050 – for someone buying a house today, that’s within the range of their mortgage.”

Regardless of the rather pessimistic tone of the report and the certainty that whatever we do at this moment, the predicted rises over the next three decades cannot be stopped, we should still take urgent measures to mitigate climate change, in order to save our planet from even more catastrophic future outcomes.

“The fact that there’s this locked-in sea level rise is not a reason to throw up our hands and say there’s nothing we can do about this, because there absolutely is,” said Kristina Dahl, a principal climate scientist at the nonprofit organization the Union of Concerned Scientists. “This decade we’re in right now is one of the most consequential decades for our climate future. It’s really critical that we start bringing our emissions down quickly and steeply.”