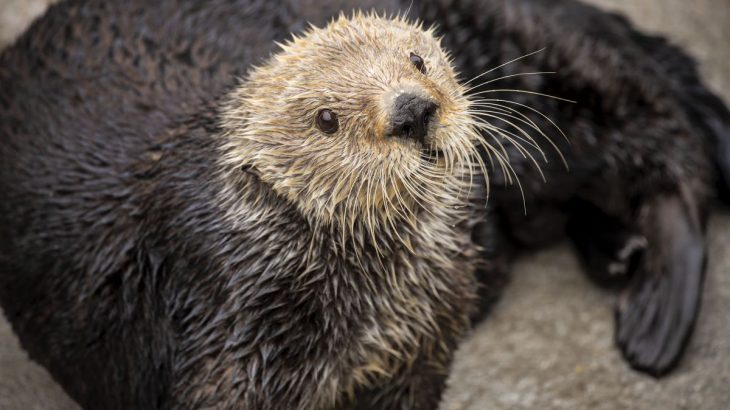 A team of scientists led by UCLA is reporting that sea otters have low genetic diversity, which is a characteristic commonly found among threatened or endangered animals. Low genetic variation prevents populations from adapting to changing environments, which increases the risk of extinction.

“Sea otters may be at risk,” said study co-senior author Professor Robert Wayne. “This is a warning sign, a red flag. We should make sure to not let their population decline again.”

Genetic diversity is a measure of the differences found in the genomes of individuals within the same population. In populations that have less variation, there are fewer genes available that can be selected for future generations to inherit resistance to diseases or environmental stressors.

For the current study, which was led by  UCLA graduate student Annabel Beichman, the researchers reconstructed the otter’s evolutionary history. This allowed them to analyze historical changes in its population size, the past extent of the sea otter’s genetic diversity, and levels of potentially harmful genetic variation.

The investigation was focused on the genome of Gidget, a female sea otter from the Monterey Bay Aquarium who died this year, and the genome of a South American giant otter for comparison. These two species live in extremely different climates. The giant otter is found in warm freshwater environments and the sea otter is found in the frigid coastal waters of the North Pacific Ocean.

The study produced evidence of potentially harmful genetic variation and of mating between closely related ancestors in the sea otter genome. This pattern is commonly found in endangered species with small population sizes.

“While low diversity isn’t necessarily dangerous by itself, we also found elevated levels of potentially harmful variation within genes, possibly due to a history of population declines – which could impact the population going forward.”

Beichman compared the sea otter’s low genetic diversity to a jar of marbles that has lost many of its colors.

“Having a large amount of diversity in the population, a lot of different colors of marbles, may be helpful if a disease arises or the environment changes – maybe green marbles are resistant to the disease, but blue and red are susceptible. But if you’ve lost all your green marbles by chance when the population declined, you may be stuck with only blue and red – and not able to resist the disease. More variety gives you more shots at survival.”