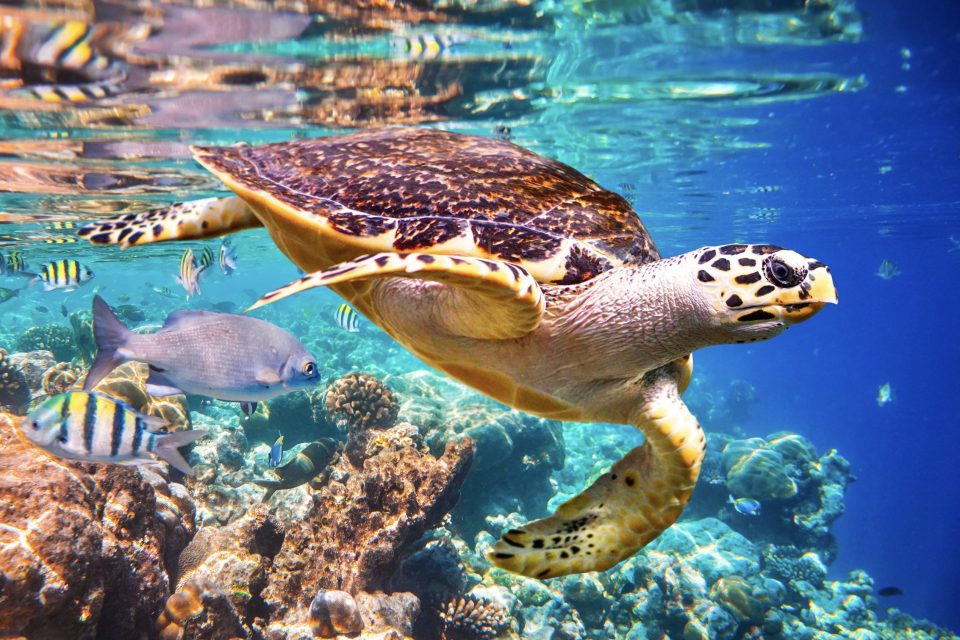 Sea turtles may not survive human-driven temperature changes. Sea turtles born around the Red Sea may now be predominantly female, according to a new study from KAUST. The researchers have been monitoring the sand temperatures at marine turtle nesting sites in the region.

“Marine turtles are particularly vulnerable to temperature shifts because they demonstrate temperature-dependent sex determination, meaning that the sex of hatchlings is determined by the temperature of the nest during incubation,” said study co-author Lyndsey Tanabe.

The Red Sea is home to five out of seven species of sea turtles, including the endangered green turtles and critically endangered hawksbill turtles.

Previous research suggests that the critical temperature threshold for maintaining a 50-50 sex ratio is 29.2 degrees Celsius. Above this threshold, hatchlings become predominantly female. Temperatures that exceed 33 degrees Celsius can cause widespread deformities and fatalities.

“Marine turtles have survived since the late Triassic period and have adapted to past climatic shifts,” explained Tanabe. “The current rate of anthropogenic-driven temperature change is unprecedented.”

“We examined sand temperature profiles at Red Sea nesting sites to improve our understanding of the current turtle population.”

The investigation was focused on five sites on the Red Sea shoreline that are favored by hawksbill and green turtles. Sand temperature data was collected by automated loggers at the nest depths of both species every 15 minutes for five months.

With the exception of one study site in the northern Red Sea, the sand temperature exceeded 29.2 degrees Celsius at all study sites. These results indicate that the shift to feminization of hatchlings is already underway.

“We must be cautious in claiming that feminization is definitely happening,” said Tanabe. “The Red Sea is generally warmer than other nesting beaches around the world, so these turtles may have already adapted to a higher pivotal temperature threshold.”

“It is concerning, however, that sand temperatures as high as 36 degrees Celsius were measured at some sites. This could pose a considerable threat to their survival.”

The findings will contribute to ongoing national discussions on marine conservation, which are particularly important with proposed megadevelopments along Red Sea coasts.

“I hope these development projects prioritize the conservation of turtle nesting sites, especially those likely to produce balanced sex ratios.”

Tanabe is also studying sea turtle genetics, as well as the effects of plastic and heavy metal pollution on turtle populations. She said that understanding these factors is critical to the success of conservation strategies.