Seagrass is a powerful weapon in the fight against climate change • 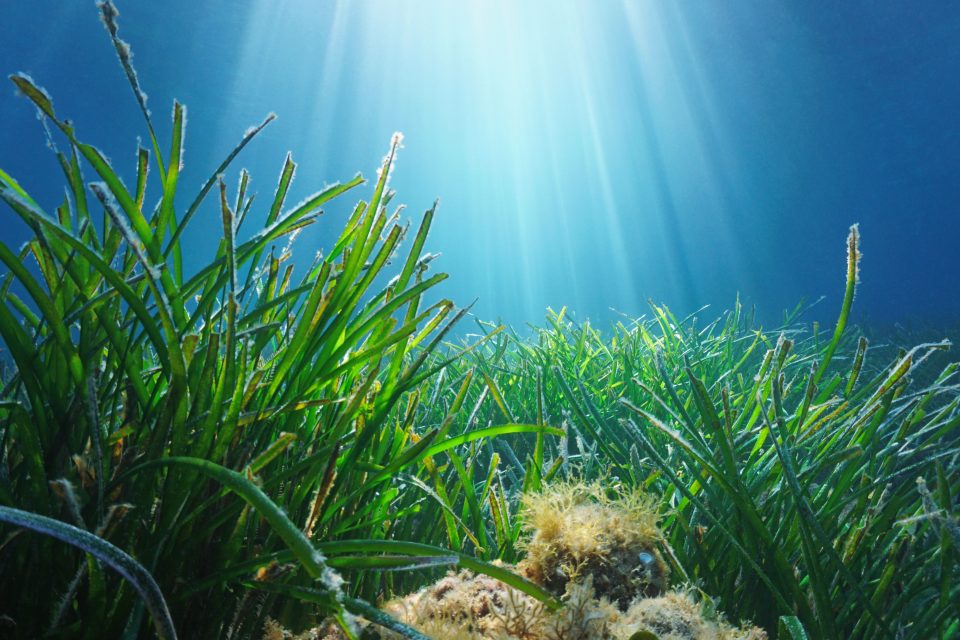 Seagrass is a powerful weapon in the fight against climate change

Seagrass is a powerful weapon in the fight against climate change. The United Nations Environment Programme (UNEP) and GRID-Arendal released a new report today, World Oceans Day, to emphasize the value of seagrass for building resilience to climate change and natural disasters.

Seagrass meadows can be found in at least 159 countries all over the world. They serve as a barrier to weaken storm surges and filter pollution and bacteria out of seawater, among many other important services.

Seagrass ecosystems are extremely productive and support 20 percent of the world’s largest 25 fisheries. A single acre of seagrass can support thousands of fish and millions of invertebrates.

Despite these enormous benefits, an estimated 7 percent of seagrass habitat is being lost each year. In addition, at least 22 of the world’s 72 species are in a state of decline.

“Seagrasses are the super ecosystems of our oceans, providing an incredible range of benefits to people around the world. Yet, while their flashier counterparts attract more attention, they remain among the most unheralded aquatic environments on Earth,” said Dr. Maria Potouroglou, seagrass scientist at GRID-Arendal.

“The Out of the Blue report showcases the many ways that seagrasses help people thrive and sustain the healthy natural environment that we all depend on.”

The biggest threats to seagrass meadows are coastal development, runoff from industry and farms, dredging, unregulated fishing, and climate change.

According to the UN report, seagrass ecosystems play an underestimated role in combating the climate crisis. The meadows serve as incredible carbon sinks that store up to 18 percent of all the carbon absorbed by the ocean – while covering only 0.1 percent of the ocean floor.

“Maintaining the health of seagrass ecosystems – which provide food and livelihoods to hundreds of millions of people, support rich biodiversity, and constitute one of the planet’s most efficient stores of carbon – is important for healthy marine life and for healthy people around the world”, said Susan Gardner, Director of the Ecosystems Division at UNEP.

The new report reveals that seagrasses are among the least protected coastal habitats. Only 26 percent of recorded meadows fall within marine protected areas (MPAs), compared with 40 percent of coral reefs and 43 percent of mangroves.

“Seagrasses can help us solve our biggest environmental challenges. They purify water, they protect us from storms, they provide food to hundreds of millions of people, they support rich biodiversity, and they efficiently store carbon,” said UN Ambassador Ronald Jumeau. “In light of everything seagrasses do for people and nature, protecting and restoring them is vital.”

The research was funded by the Norwegian government.