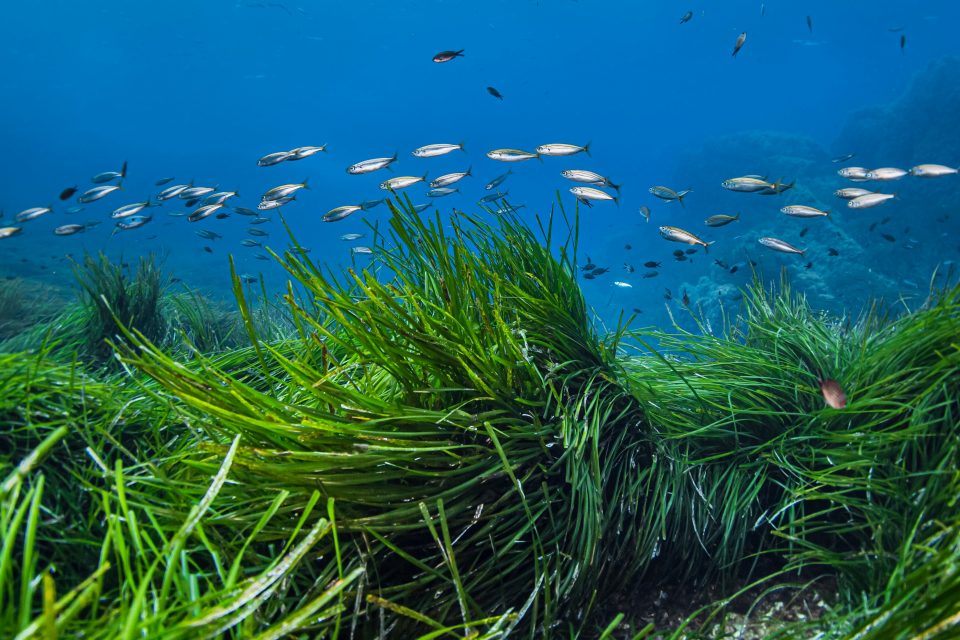 A new study published in Scientific Reports has revealed that seagrass meadows help to remove marine plastic pollution. The researchers estimate that Mediterranean seagrass meadows trap up to 867 million plastic items each year, most of which are carried onshore.

The new investigation suggests that another benefit of underwater seagrass meadows is that they trap plastic waste and carry it to shore.

Previous studies have found that most plastics end up in the seafloor and that some are washed back to shore. Exactly how this occurs, however, has remained unclear.

“There is strong evidence that the seafloor constitutes a final sink for plastics from land sources,” wrote the study authors. “There is also evidence that part of the plastics lying on the shallow seafloor are washed up back to the shoreline. However, little is known on the natural trapping processes leading to such landwards return.”

A team led by Anna Sanchez-Vidal of the University of Barcelona set out to investigate the role that seagrass may have in trapping and removing marine plastic. The experts measured the amount of plastic debris present in seagrass litter from four beaches in Mallorca, Spain, between 2018 and 2019. Mallorca has extensive seagrass meadows, as well as high levels of plastic near the shore.

Plastic debris was found among 50 percent of the loose seagrass leaf samples. Plastic items were also found intertwined in a substantial number of bundles of seagrass fibers known as “Neptune balls.”

Based on this data, combined with estimates of seagrass fiber production in the Mediterranean, the experts determined that Neptune balls potentially trap 867 million pieces of plastic debris each year.

The number of Neptune balls carried to shore, as well as the fate of the plastic after it has washed ashore, is unknown.

“There appears to be a considerable proportion of all plastic dumped into the ocean that is missing as it has not been found in surveys tracking floating plastic debris,” wrote the researchers.

“Here we show that plastic debris in the shallow seafloor could be trapped in seagrass remains, eventually leaving the marine environment through beaching.”

According to the study authors, the trapping services of seagrass may be particularly important in the Mediterranean Sea, where high microplastics loadings have been found at surface waters and on the seafloor.

The researchers noted that seagrass conservation should remain a priority, as previous research found that seagrass meadows in the Mediterranean Sea have decreased by up to 50 percent since 1960.

Food of the future: breadfruit is resistant to climate change
News coming your way
The biggest news about our planet delivered to you each day