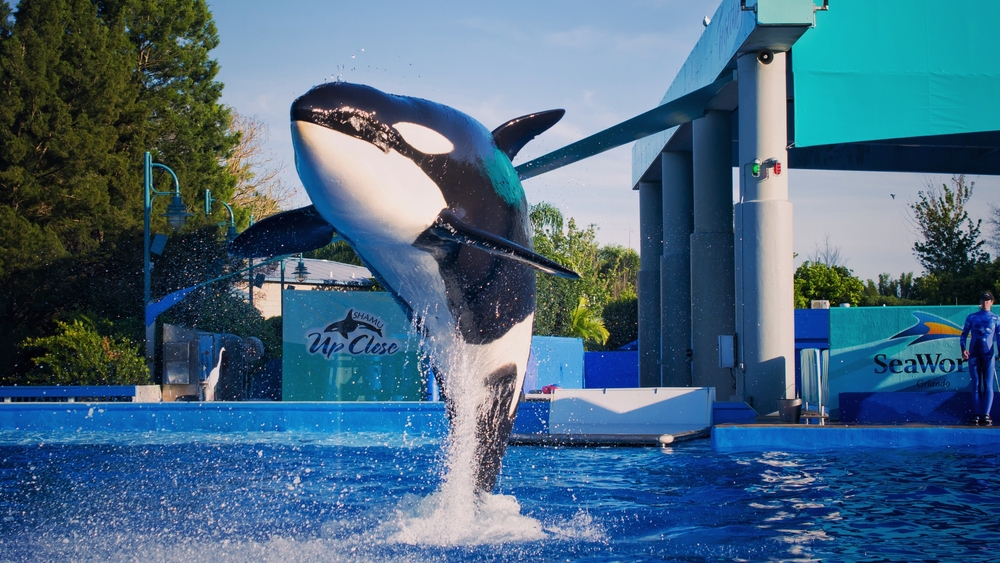 The famous killer whale Tilikum has died, SeaWorld announced Friday. Tilikum was the orca star of the documentary “Blackfish,” which examined the whale’s capture near Iceland and captivity in Florida. He was also linked to three deaths during his life, two at SeaWorld’s Orlando location.

While the official cause of Tilikum’s death will not be known until after biologists conduct a necropsy, the whale was being treated for a bacterial lung infection he couldn’t seem to shake, the water park said in a press release.

“Like all older animals, Tilikum had faced some very serious health issues,” the press release said.

Tilikum was captured off of the coast of Iceland when he was about two years old, in 1983. He was sent to live at an aquarium in British Columbia, Canada, with two older female orcas.

In 1991, Tilikum was involved in the death of a young marine biology student and part-time trainer. One of his fellow whales at Sealand of the Pacific, Nootka IV, had been involved in a number of attacks on trainers. In this attack, eyewitnesses said Tilikum pulled Keltie Byrne into the tank, then all three whales prevented her from leaving, tossed her around, and repeatedly submerged her.

Not long after Byrne’s death, Tilikum and the other two orcas were sold to SeaWorld, and Tilikum became the Orlando location’s orca star.

He was involved in two deaths in Orlando: Daniel Dukes, a park visitor who evaded security and snuck into Tilikum’s tank overnight, and trainer Dawn Brancheau.

“Tilikum’s life will always be inextricably connected with the loss of our dear friend and colleague, Dawn Brancheau. While we all experienced profound sadness about that loss, we continued to offer Tilikum the best care possible, each and every day, from the country’s leading experts in marine mammals,” SeaWorld said Friday.

In 2013, the documentary “Blackfish” looked at Tilikum’s history, to try and determine why the orca star was involved in three of four known orca-related killings. (The fourth, in Spain, also had connections to SeaWorld Orlando. Keto, the orca who killed a trainer in that case, was born in Orlando.)

The documentary spoke to SeaWorld trainers about their experiences with the orcas. It also looked at claims that orcas in captivity live longer than those in the wild, and attempted to prove that false.

Filmmakers pointed out that captive orcas carried out all known orca attacks that led to death, and most other recorded attacks.

“Blackfish employs false and emotionally manipulative sequences concerning the collection and separation of killer whales,” the water park said on its website. “SeaWorld does not collect killer whales in the wild, and has not done so in over 35 years. Tilikum was not collected by us. And the collections four decades ago were conducted in compliance with federal laws, pursuant to federally-issued permits at that time.”

However, the conversation started by the film led SeaWorld to announce the end of its orca breeding program. It would no longer keep whales enclosed in its water parks after the current generation of orcas, it said.

Tilikum fathered 21 calves, 10 of which are still alive today.

“Tilikum had, and will continue to have, a special place in the hearts of the SeaWorld family, as well as the millions of people all over the world that he inspired,” said President & CEO of SeaWorld Joel Manby. “My heart goes out to our team who cared for him like family.”