Seed production is slowing down in older, larger trees • Earth.com 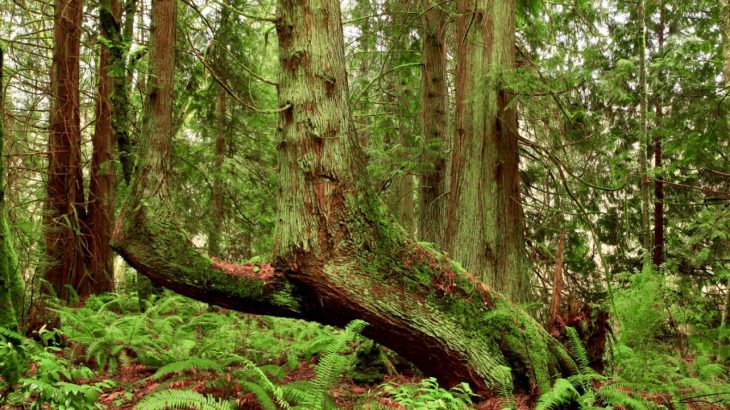 Climate change is driving a new trend that could permanently transform forests across North America. In a new study from Duke University, experts report that while smaller trees in the eastern part of the continent have increased their seed production, forests in the western region of North America have become less productive.

Study lead author Professor James S. Clark explained that this continental divide, which is being described for the first time, could dramatically alter the composition and structure of 21st century North American forests.

Droughts and rising temperatures are increasingly impacting many states in the West, and these stressors lead to widespread forest decline. A drop in seed production could limit the ability of western forests to regenerate following these large-scale diebacks.

According to Professor Clark, knowing the contrasting responses occur, and understanding why they happen, will help scientists more accurately predict future changes to North American forests and develop conservation and management strategies to mitigate the changes.

The potential for forests to regenerate depends upon tree fecundity, or the capacity for trees to produce and disperse seeds in habitats where the chances of survival are good. It is important to measure seed production, or fecundity, to determine how trees will respond to future climate change. However, this ecological process is highly variable and challenging to predict.

According to the study authors, these two indirect climate factors are not currently accounted for in models used to predict future change. “It was the only major demographic process driving forest response to climate change that we lacked field-based estimates on,” said Professor Clark.

To address the issue, he developed new statistical software that allowed him to combine decades of MASTIF data on size, growth, canopy spread, and access to resources for nearly 100,000 individual trees. The analysis revealed that on a continental scale, fecundity increases as a tree grows larger. However, this seed production only increases to a certain point before it begins to decline.

“This explains the East-West divide. Most trees in the East are young, growing fast and entering a size class where fecundity increases, so any indirect impact from climate that spurs their growth also increases their seed production,” said Professor Clark.

“We see the opposite happening with the older, larger trees in the West. There are small and large trees in both regions, of course, but the regions differ enough in their size structure to respond in different ways.”

“Now that we understand, in aggregate, how this all works, the next step is to apply it to individual species or stands and incorporate it into the models we use to predict future forest changes.”