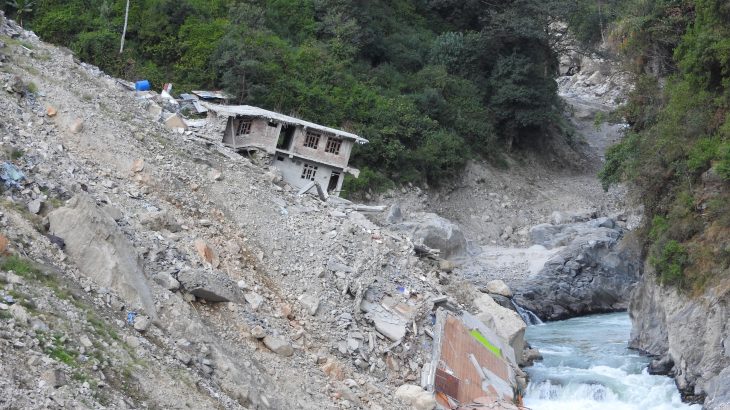 Major flood events cause more erosion and are a much greater hazard in mountainous regions than seasonal monsoon rainfalls, according to a new study.

In 2016, a glacier moraine that had held back a lake in Nepal broke and caused a massive flood of over 100,000 tons of water to flow down the Bhotekoshi/Sunkoshi River.

The flood was so catastrophic it triggered seismic activity, and as a result, residents were forewarned of the coming gush of water because of ground shaking.

Researchers from the GGZ German Research Center for Geosciences were able to record this activity thanks to seismometers that had been deployed a year prior after a huge earthquake in 2015.

The GFZ recently published a study in the journal Science that shows how seismic technology can help with predicting flood events and how much more of an impact flood events have on erosion rates compared to monsoon rainfall totals.

Even though monsoons cause huge downpours of precipitation and can cause erosion, the displacement of large boulders and coarse sediment after a major flood does much more damage overall.

Monsoons only drive the transportation of fine sediment and pebbles which aren’t enough to trigger landslides or large erosions, according to the researchers.

This is why it’s important to factor in non-climate related impacts on erosion and flooding.

“Erosion rates may be strongly influenced by non-climatological drivers such as earthquakes and the climatic factors that affect the size and distribution of glacial lakes,” wrote the authors in their study.

The researchers visited the Nepal River valley where the flood occurred before and after the event, and observed the changes in seismic activity captured by different seismic stations in the nearby region.

Kristen Cook, the first author of the study said that researchers identified two distinct “pulses” with the flood.

First, the seismometers recorded activity from the wall of water that gushed down and the second pulse came from the rocks and sediment carried by the flow.

Bridges, roads, and hydro-power stations were all destroyed due to the tumbling boulders and huge quantities of water. The flood also triggered landslides because the river had eroded so badly.

Major floods from glacial lakes, like the one that happened in Nepal, are not unheard of and there are many glacial lakes currently dammed up that could burst and flood valleys in the Himalayas and other mountain ranges.