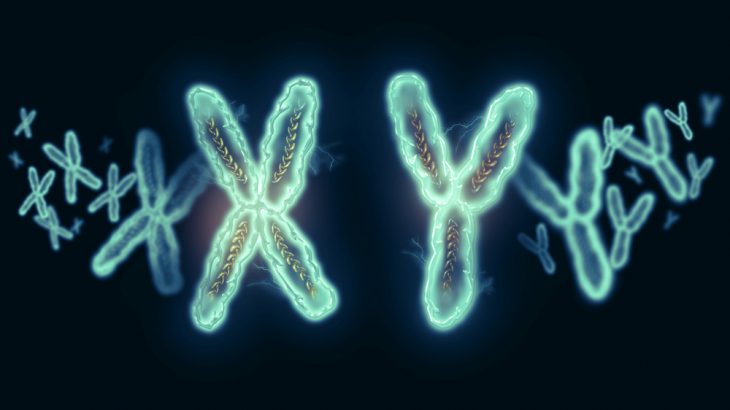 Geneticists: sex depends on more than XX or XY chromosome

Australian geneticists have discovered that a baby’s biological sex goes beyond an XX or XY chromosome. A gene that acts as a “regulator” may also determine whether a baby is born with male or female characteristics.

“The sex of a baby is determined by its chromosome makeup at conception. An embryo with two X chromosomes will become a girl, while an embryo with an XY combination results in a boy,” University of Melbourne doctoral student Brittany Croft said in a press release.

Or at least, that’s how it usually works. But whether an embryo has male or female characteristics may be a lot more complex than one chromosome combination.

A gene on the Y chromosome, SRY, triggers another gene called SOX9, which in turn starts the development of testes in the embryo, Croft said. Not just an XY chromosome but also high levels of SOX9 are needed for normal development of male testes, she said.

“However, if there is some disruption to SOX9 activity and only low levels are present, a testis will not develop resulting in a baby with a disorder of sex development,” she said.

According to Dr. Andrew Sinclair, the study’s lead author, up to 90 percent of human DNA is devoted to “junk DNA” that regulates other genes and their activity. These are known as enhancers, and if they don’t behave as they should, it can change how an embryo develops – meaning that with high levels of SOX9, someone with an XX chromosome may appear to be biologically male. With low levels, someone with an XY chromosome may develop female organs.

“We discovered three enhancers that, together, ensure the SOX9 gene is turned on to a high level in an XY embryo, leading to normal testis and male development,” Sinclair said. “Importantly, we identified XX patients who would normally have ovaries and be female but carried extra copies of these enhancers, and instead developed testes. In addition, we found XY patients who had lost these SOX9 enhancers, and developed ovaries instead of testes.”

Throughout the human genome are about a million enhancers that affect 22,000 genes, Sinclair said.

“These enhancers lie on the DNA but outside genes, in regions previously referred to as junk DNA or dark matter,” he said. “The key to diagnosing many disorders may be found in these enhancers which hide in the poorly understood dark matter of our DNA.”

The study has been published in the journal Nature Communications. Funding was provided by the National Health and Medical Research Council and Australia Research Council.