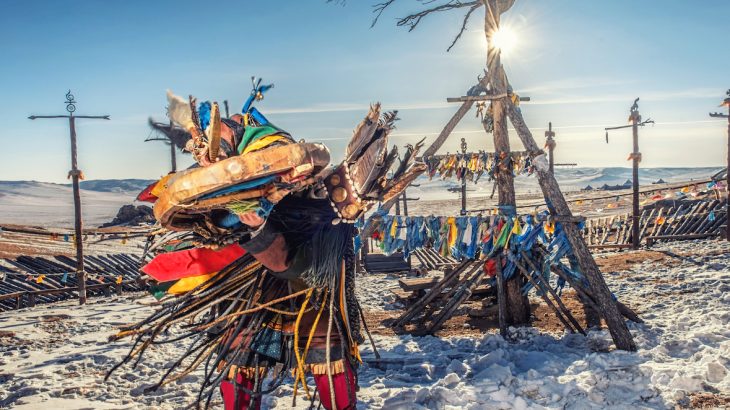 Is shamanism the world’s oldest profession?

There are some fundamental cultural practices found in societies all over the world dating back to some of the earliest human settlements such as dancing and music, or magic and a belief in witchcraft.

The fact that these universal cultural facets have been connected to the human experience for so long presents a puzzle for anthropologists who study the development and evolution of human cultures and societies.

That’s according to Manvir Singh, a graduate student in Harvard University’s Department of Human Evolutionary Biology, who recently published a paper delving into the oldest profession which he claims is shamanism.

“Shamanism is only one of countless cultural practices that emerge nearly everywhere, yet exhibit very particular and odd features,” Singh told the Daily Mail. “These social and cultural universals — punitive justice, dance music, witchcraft, initiation ceremonies, and so on — are among the most fundamental puzzles of anthropology.”

Singh suggests that witch doctors or shamans were the world’s first “specialists” because their abilities put them in a separate class of individuals which makes shamanism the oldest professional class.

Sing detailed his findings and theories on shamanism in a paper published in the journal Behavioral and Brain Sciences.

“The theory is that there are important things we really want to have control over — calling rain, summoning animals, healing illness,” Singh told the Daily Mail. “All around the world, people believe that these important, uncertain outcomes are influenced by invisible forces — gods, witches, their ancestors, fairies, and more. But a shaman says, ‘I can control that. I can talk to fairies. I can see signs of witches. I can be possessed by a god or speak to them.’”

Part of what separates shamans from say someone who makes tools or builds houses is that shamans need to undergo a transformation in order to provide the magical services required.

Singh plans to continue his work exploring shamanisms and how the abilities of shamans give them power within their communities.