Preserving native cultural practices yet allowing them to evolve • Earth.com 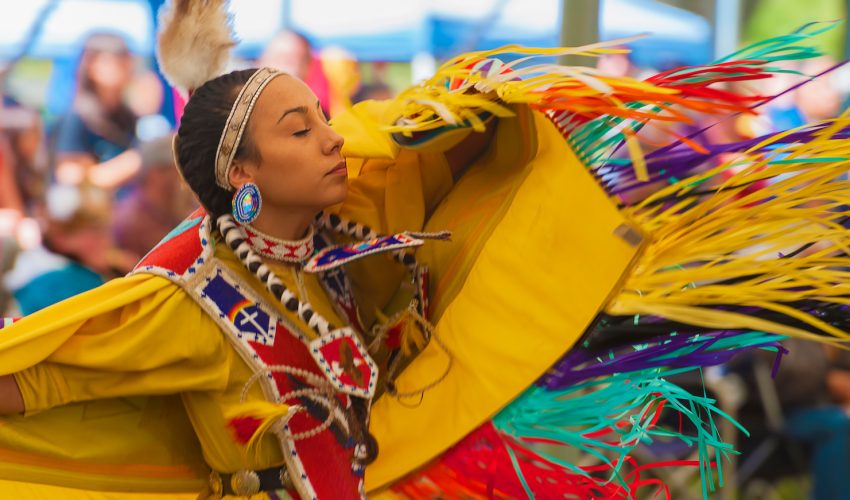 Preserving native cultural practices yet allowing them to evolve

“The establishment of Christian missions should be encouraged, and their schools fostered…The religion of our blessed saviour is believed to be the most effective agent for the civilization of any people.”

It’s no surprise that indigenous religious ceremonies tend to honor more ecological themes than the major western monotheistic religions tend to.  What is surprising, though, is that many indigenous ceremonies have hidden behind a façade of Catholicism.

I was lucky enough to visit a Yaqui ceremony on the eve of Easter earlier this year on the invitation of a friend.  The Yaqui church was nominally Catholic but like no other church I’ve seen before. Instead of a large and impressive building, several open air ramadas surrounded a courtyard where a bonfire burned and men danced around a maypole.  One of the ramadas is very Catholic, with traditional Catholic icons and an altar where mass is celebrated. The most obviously traditionally Catholic ramada brought to my mind medieval Europe with incense, colors of deep gold and red and eerily rendered human motifs.

We stopped briefly in at this ramada but my interest lay mainly in the other ramadas and outside in the courtyard.  One of these ramadas had a ceiling decorated with cottonwood boughs and bright paper flowers. A bundle of skins and sticks was set in the courtyard, belonging to a special group in the ceremonies, a group of people I don’t understand.  As neither Catholic nor native, watching the ceremonies was seeing through a glass, darkly. There were symbols and ideas that seemed apparent, even universal to me.

In one ramada, the most important dance was taking place, that of the deer dancer.  The deer dancer is a man with a preserved deer head tied to the top of his own. Over the man’s eyes a blindfold is tied to indicate that the deer alone is seeing, the human is just a medium for the deer as it were.  The deer’s antlers are hung with two squares of cloth; I don’t know the significance of the cloth. The deer dancer holds rattles in his hands and is naked from the waist up. The dancer’s movements are familiar to those who have watched deer, the intimacy with the living animal is palpable.  The deer head is animated, turning, looking, pausing with the small details of an actual, living deer.

The deer dance is celebrated by a few different tribes in the southwestern United States and northern Mexico.  Some tribes like the Raramuri traditionally celebrated the deer dance but have since stopped. The main aspect of importance to the deer dance is that it is a direct cultural connection to the non-human world and to the wild.  Direct connections between culture and wild are increasingly rare in modern society. Throughout Arizona and the bordering Sonora Mexico, the image of deer dancers is common.

The deer dance and it’s increasing commercialization is discussed in a University of Arizona report:

“Fixed in bronze and larger than life, he [The deer dancer] stands as a public monument in Ciudad Obregon. Travel posters, hotel directories, salsa bottles, even the official seal of the state of Sonora feature his image. Yet even when he cavorts wildly in the interpretive motions of one folk dance troupe or another, he is mute. What speaks are the political and economic motives that cluster around him. He is the aboriginal connection of the politicians, the romantic lure of the ad man, the borderlands equivalent, in many ways, to the warbonneted Plains Indian horseman of the wild west.”

Ironically, the Catholic Church, an organization that historically persecuted Native American belief systems, is one of the few platforms where native ceremonies can still be performed in an atmosphere of sanctity.

The Catholic Church has actively tried to destroy other religions and cultures while at the same time keeping records of myths, ceremonies and belief systems.  In North America, native belief systems have traditionally been equated to devil worship or at least problematic to the church. Newer standards put into place by Vatican II have changed things a bit and Native belief systems are sometimes seen as important tools to reach Native Americans.

Cultures change over time, and blending of cultures is sometimes a natural progression.  With a history of brutality exercised by Christians over Native Americans though, some natives feel that embracing Christianity in any form in selling out.  You also don’t have to look far to see some contradictions between many native belief systems and Catholicism. The deer dance I observed honored deer in a way most Christians would feel deeply uncomfortable with.  The Bible seems to make a clear delineation between humans and other animals, making the second subservient to the first. Genesis chapter 9 verses 2 through 3 sum up the classic Christian feeling towards non-human animals:

“The fear and dread of you will fall on all the beasts of the earth, and on all the birds in the sky, on every creature that moves along the ground, and on all the fish in the sea; they are given into your hands. Everything that lives and moves about will be food for you. Just as I gave you the green plants, I now give you everything.”

I am not a scholar of either Christianity or especially Native American beliefs, so I must proceed with caution.  It seems fairly self-evident to me that there is a contradiction between honoring a deer as is done in a deer dance and the ideas expressed in Genesis.  The deer dance seems more rooted in the ideas of animism than the Christian idea that humans are special, imbued with the divine in a way no other organism is.

As I said earlier, ideas change, cultures evolve.  Just as organisms evolve and become different, older forms falling extinct through natural selection, similar forces act on culture and religion, which is what makes them living traditions.  A static system of living or belief is a dead one.

I once attended a ceremony in South Dakota during which a Lakota man, a former marine sang a traditional song in his native tongue to honor US war veterans.  The ceremony was moving but it left me scratching my head. How does one balance serving or honoring an organization that traditionally oppressed your people?  The worldview of native peoples like the Lakota and Yaqui are forever outside of my complete grasp but that’s also why they’re important to maintain and protect.

One can’t help but wonder if the hybridization of native beliefs with Catholicism and other forms of Christianity or mixing nationalism with indigenous identity is an evolution of culture or the beginning of the end.  Native belief and cultural systems are important primarily because they represent a different way of seeing the world than European and Christian ways.

The other side of the issue is cultural appropriation of Native American beliefs by Europeans.  European Americans in the deep ecology or radical environmental movement are sometimes accused of cultural appropriation to the point that it is cultural genocide.  Gary Snyder, the Pulitzer prize winning Buddhist poet, is seen as a leader in the deep ecology movement and has been criticized for adopting some Native American spiritual elements.  Such use of Native American beliefs are pervasive in radical environmental organizations such as Earth First! Published in the journal Religion online in 2011, Bron Taylor writes:

“… Although I have not encountered anyone claiming to systematically practice Native American religion.  I have found however, a variety of ritual processes and practices inspired by and borrowed from Native American traditions, generally in a piece-meal and unsystematic way…”

Gary Snyder and others defend such practices by citing the universal nature of mythology and shamanism, saying that no one owns these universal themes and rites.  To a degree this is what others within Christianity also say of blending Native American ceremony with Christian belief. Charmaine Bird, a Native American and practicing Christian is quoted by MPR News,

The question of the day becomes how do we move forward and preserve cultural traditions while allowing them to evolve?  A related question: how do we learn from other cultures without destroying them? How can we posit that Christianity is for whoever wants it but Native beliefs are only for those born to them?  If we do accept that exclusivity, is it all but condemning traditional belief systems and ways of viewing the world to a slow death?

I felt uncomfortable attending the Deer Dance in Tucson.  I was invited and told I would be welcome and in the end it was true.  I talked to Native American leaders a bit and never felt as if they were put off by my presence or the presence of my fiancé.  I’m still not sure exactly what I’ve learned from the ceremony or what’s appropriate to share. Mostly I was an observer, an outsider.  I left with questions about myself. Was I merely a tourist? Was I observing as a pseudo amateur anthropologist? Was I capable of understanding even the most obvious aspects of the deer dance?

I was also left with questions about the ceremony itself: was the deer dancer literally a representation of a deer or was he now as many view it, a symbol of Christ?  Could the dance be both symbols at once? If the dance could mean different things to different natives couldn’t it also mean something separate and personal to me? Isn’t that the nature of the spiritual?  Is it different from a Catholic, a Buddhist and a Native American shaman all perceiving the sacred in a mountain and all interpreting it different? Isn’t the important part the universal? Isn’t what’s important the earth itself and everything that lives on it?