400 year-old sharks may hold the secret to longer life for humans • Earth.com 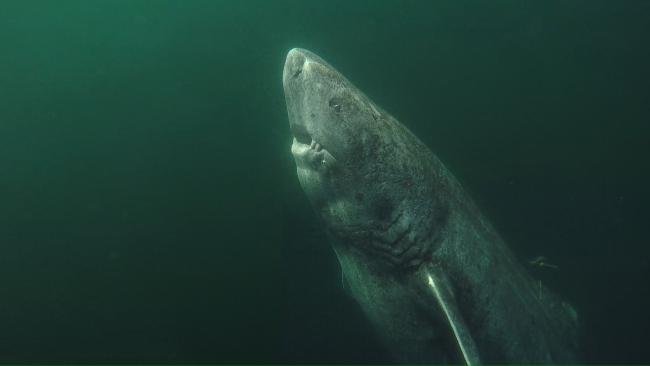 Greenland sharks, rare vertebrates found deep in the waters of the Atlantic Ocean, have incredibly long life spans of up to 400 years. The biology and genetic makeup of these fascinating creatures is relatively unknown. Scientists now believe that these sharks may hold the secret to longer life in humans.

Researchers from the Arctic University of Norway have set out to determine what is in the genetic makeup of Greenland shark that allows them to live a longer life. They are mapping the DNA of the sharks to discover “unique genes” that will disclose the mystery behind the sharks’ resilience and longevity.

The researchers collected DNA from the fins of the Greenland sharks, some of which were alive in the Georgian era. They were able to sequence the full genome of almost 100 sharks. The team is examining the DNA in an effort to find out what dictates the life expectancy of animals and humans.

Professor Kim Praebel is leading the study. She spoke about the research at a conference in Exeter.

‘This is the longest living vertebrate on the planet,” said Professor Praebel. “Together with colleagues in Denmark, Greenland, USA, and China, we are currently sequencing its whole nuclear genome which will help us discover why the Greenland shark not only lives longer than other shark species but other vertebrates.”

Genetic data from the sharks may be able to shed light on the impact of climate change and show what effect it has had on the sharks over centuries. The study may also reveal when contaminants from human activities began changing the ocean’s dynamics and to what extent commercial fishing has impacted Greenland sharks.

While the researchers continue on their quest to find the “long-life” genes, they are getting some insight into the behavior of Greenland sharks.

“Since the Greenland shark lives for hundreds of years, they also have enough time to migrate over long distances and our genetic results showed exactly that,” said Professor Praebel. “Most of the individuals in our study were genetically similar to individuals caught thousands of kilometers away.”