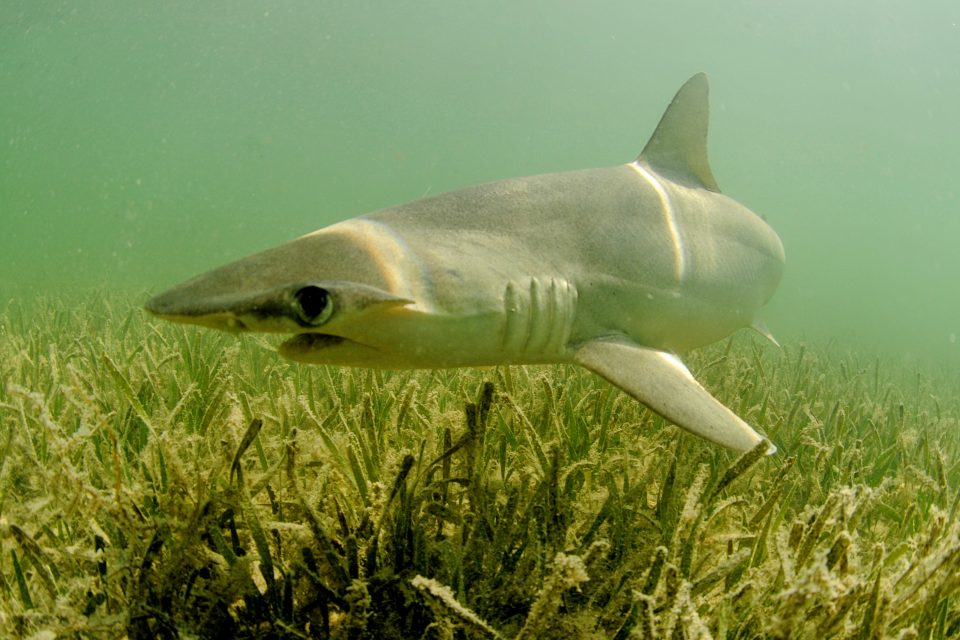 Sharks rely on Earth’s magnetic field to navigate across long distances, according to a new study published by Cell Press. While scientists have long suspected that sharks use magnetic fields, this has been challenging to confirm.

“It had been unresolved how sharks managed to successfully navigate during migration to targeted locations,” said Save Our Seas Foundation project leader Bryan Keller. “This research supports the theory that they use the earth’s magnetic field to help them find their way; it’s nature’s GPS.”

“To be honest, I am surprised it worked. The reason this question has been withstanding for 50 years is because sharks are difficult to study.”

The investigation was focused on small sharks called bonnetheads that are known to migrate each year to the same location.

“The bonnethead returns to the same estuaries each year,” said Keller. “This demonstrates that the sharks knows where ‘home’ is and can navigate back to it from a distant location.”

To investigate whether bonnetheads rely on a magnetic map to travel, the researchers used experiments to test 20 wild-caught juveniles.

The team exposed sharks to magnetic conditions representing locations hundreds of kilometers away from where the sharks were actually caught. The goal was to see how the sharks would orient themselves after displacement.

Furthermore, when the sharks were exposed to the magnetic field that matched their capture site, they had no orientation preference.

According to the researchers, this ability to navigate based on magnetic fields may contribute to the population structure of sharks.

The findings also help to explain impressive migrations by other shark species. For example, one great white shark was documented to migrate between South Africa and Australia, returning to the same exact location the following year.

“How cool is it that a shark can swim 20,000 kilometers round trip in a three-dimensional ocean and get back to the same site?” said Keller. “It really is mind blowing. In a world where people use GPS to navigate almost everywhere, this ability is truly remarkable.”

In the future, Keller said he would like to explore how sharks are affected by magnetic fields from anthropogenic sources such as submarine cables. The researchers also plan to investigate whether sharks rely on magnetic cues during their everyday activities.