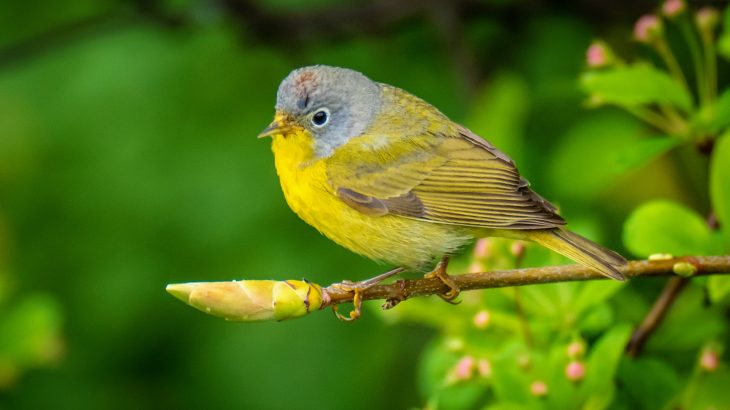 Tens of thousands of migratory birds that mysteriously dropped dead in the Southwest earlier this year apparently died of long-term starvation. According to the U.S. Geological Survey’s National Wildlife Health Center, most of the bird carcasses showed signs of starvation, including emaciation, severely shrunken breast muscles, empty stomachs, and kidney failure.

The USGS report suggests that a severe summer drought contributed to prolonged starvation among the birds. An unusual cold front followed the drought, and temperatures plummeted below freezing in early September.

The researchers said that the cold snap likely made things worse, causing the birds to become disoriented. Some were struck by vehicles, flew into buildings, or died from exposure to the cold weather.

Although the experts could not identify a single, definitive cause of death, they were able to rule out disease and poisoning, according to the Associated Press.

Many of the deaths may have also been tied to this year’s devastating wildfire season. In September, Professor Martha Desmond of New Mexico State University speculated that the fires may have pushed some birds into early migrations that they were not physically prepared for, while others likely died from lung damage.

“Birds who migrated before they were ready because of the weather might have not had enough fat to survive,” Professor Desmond told CNN. “Some birds might have not even had the reserves to start migrating so they died in place.”

The USGS team found no evidence of smoke poisoning in the birds. Regardless, Jon Hayes of the Audubon Society believes the fires played a role.

“The birds could have been altering their migration path to avoid smoke plumes, thereby increasing the energy demand of their migration and causing exhaustion,” Hayes told Audubon Magazine. “The evidence they’ve shown regarding poor body condition could still fit that scenario, and so I think there’s still questions like the role of fire in particular.”

Many different types of migratory birds were found dead, including bluebirds, sparrows, blackbirds, flycatchers, and warblers. There were multiple reports by people who had witnessed strange behavior among birds leading up to the die-off. For example, birds that are typically seen foraging in shrubs or trees were observed chasing insects on the ground.

The first signs of the mortality event emerged on August 20, when about 200 dead birds were found at the White Sands Missile Range in southern New Mexico. Over the next few weeks, dead birds began turning up in alarming numbers across several states.

In her interview with CNN, Professor Desmond said that many birds were lethargic and unresponsive, and were getting struck by cars in larger numbers than ever before. She added that at the missile range golf course, swallows were sitting on the ground letting people approach them.

Professor Desmond pointed to the role of climate change in this shocking mortality event. “We have lost three billion birds in the U.S. since 1970 and we’ve also seen a tremendous decline in insects, so an event like this is terrifying to these populations and it’s devastating to see.”

Experts warn that rising temperatures due to human-caused climate change will cause even more severe droughts in the Western United States. A recent study from Columbia University reports that the region is experiencing a 20-year megadrought that is on its way to becoming the worst in modern history.