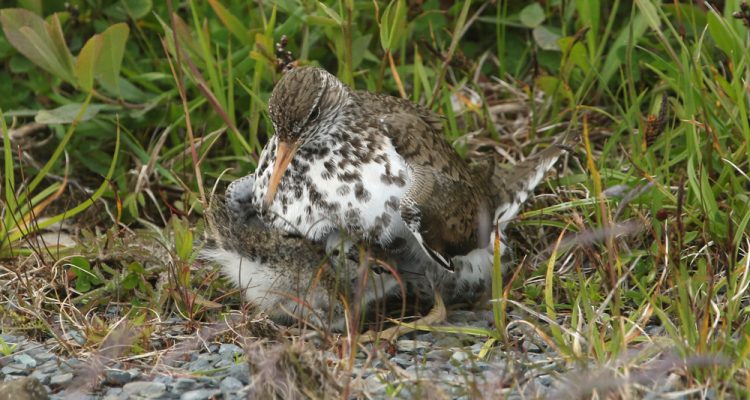 Not all shorebird parents handle their family responsibilities the same way, a new study of the feathered families revealed.

The study found that bonded shorebird parents tackle their parenting schedules very differently across species – and also within the same species, scientists said.

An international team of biologists found what they called “unexpected diversity” among shorebirds’ synchronized biorhythms, the pattern of when and how often parents switch incubation duties at their nests.

Some flighty birds switched every hour or two, the study found. Others went nearly 48 hours before trading places. The average time most birds spent on the nest was between two and 24 hours.

The team was led by Dr. Brett Sandercock of Kansas State University and Dr. Eunbi Kwon, postdoctoral researcher at Virginia Tech University. The pair are part of the Arctic Shorebirds Demographic Network, and their portion of the team’s data came from birds nesting within the Arctic Circle.

The study used data from 729 nests in 91 shorebird populations worldwide. 32 shorebird species were studied and most of them laid three to four eggs in a ground nest.

The researchers hoped to find out how, when, and why birds determine the length of time each half of a mating pair will stay on the nest. While more research needs to be done, Sandercock said, initial data points to predation risk and nest location, as well as each species’ evolutionary history.

For example, if birds switch frequently, it will be easier for predators to spot their nest than if they switch only once every 24 hours or more, he explained. The day-night schedule of the Arctic could also play a role; very long days and only a couple of hours of night in the summer would discourage the birds from following a day-night pattern, Sandercock said.

The study was published in the December 1st issue of the journal Nature.