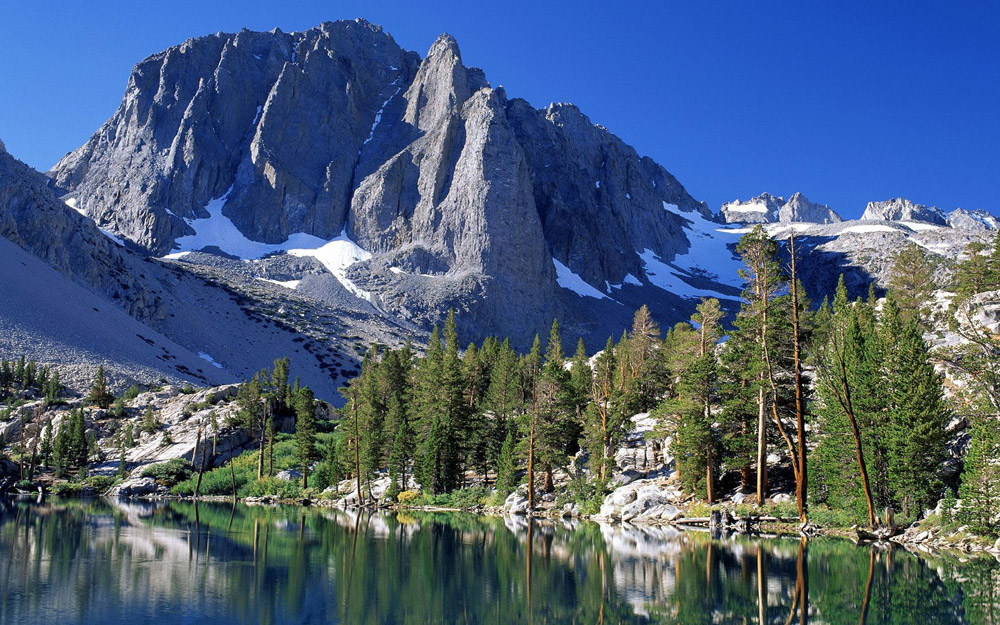 California’s Sierra Nevada snowpack in 2015 was at the lowest level in the past 500 years, according to a new report led by University of Arizona researchers.

The team’s research is the first to show how the 2015 snowpack compares with snowpack levels for the previous five centuries.

“Our study really points to the extreme character of the 2014-15 winter. This is not just unprecedented over 80 years — it’s unprecedented over 500 years,” said Valerie Trouet, an associate professor of dendrochronology at the UA Laboratory of Tree-Ring Research.

“We should be prepared for this type of snow drought to occur much more frequently because of rising temperatures,” Trouet said. “Anthropogenic warming is making the drought more severe.”

California’s current record-setting drought began in 2012, the researchers note in their report.

On April 1 of this year, California Gov. Jerry Brown declared the first-ever mandatory water restrictions throughout the state while standing on dry ground at 6,800-foot elevation in the Sierra Nevada. The historical average snowpack on that site is more than five feet, according to the California Department of Water Resources.

The lack of snow in 2015 stems from extremely low winter precipitation combined with record high temperatures in California in January, February and March, Trouet said. About 80 percent of California’s precipitation occurs in the winter months, she said. Snowpack level is generally measured on April 1 each year, a time when the snowpack is at its peak.

“Snow is a natural storage system,” Trouet said. “In a summer-dry climate such as California, it’s important that you can store water and access it in the summer when there’s no precipitation.”

In past years, the snows of the Sierra Nevada slowly melted during the warmer months of the year, and the meltwater replenished streams, lakes, groundwater and reservoirs. In a winter with less snow or with winter precipitation coming as rain rather than snow, there is less water to use during California’s dry summers.

First author Soumaya Belmecheri said of the extremely low snowpack in 2015, “This has implications not only for urban water use, but also for wildfires.”

Belmecheri is a postdoctoral research associate at the Laboratory of Tree-Ring Research.

To determine snowpack levels for the past 500 years, Trouet and her colleagues used previously published tree-ring data that reflects annual winter precipitation in central California from 1405 to 2005 and annual snowpack measurements since the 1930s. The team also used a previously published reconstruction of winter temperatures in southern and central California that spanned the years 1500 to 1980.