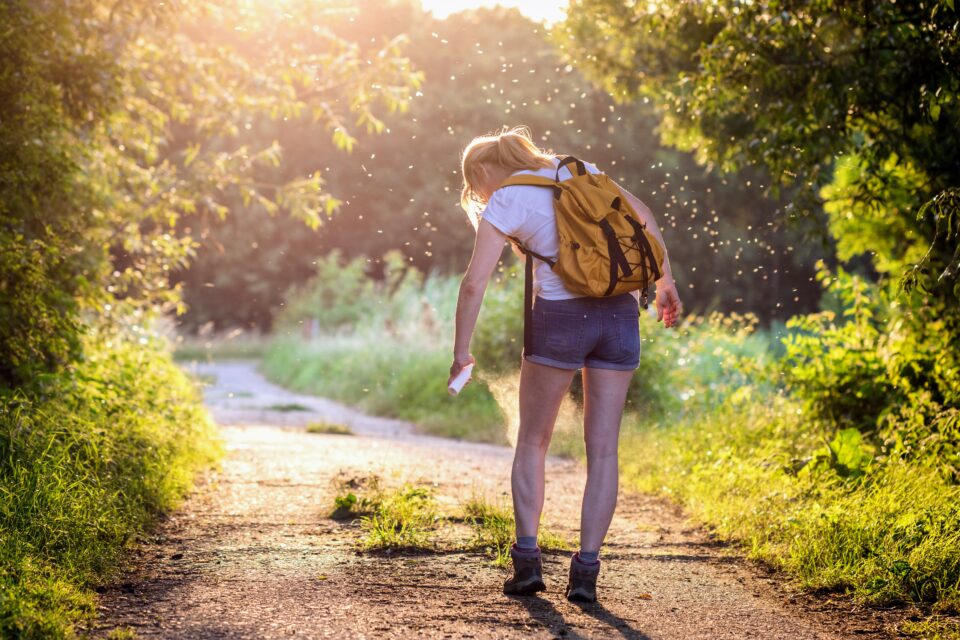 A new study led by Rockefeller University in New York has found that some people are “mosquito magnets,” emitting a tantalizing cocktail of chemicals that these insects are highly attracted to. The experts discovered that people who have higher levels of certain acids on their skin are 100 times more attractive to the female Aedes aegypti, a species of mosquito that acts as a vector in the transmission of various diseases, such as dengue and yellow fever, Zika, or chikungunya.

The findings could lead to the development of new products that could mask or change human odors, making it harder for mosquitoes to find human blood, and thus potentially curbing the spread of infectious diseases.

The scientists collected the natural scent from people’s skin by asking participants to wear nylon stockings on their arms. Afterwards, they cut the stockings into two-inch pieces and placed two pieces behind two separate trap doors in a plastic box where dozens of mosquitoes were flying around. Then, they opened the traps and let the insects choose which piece to fly to, in a “round-robin style tournament” in which they counted each time an insect was drawn to a particular scent.

The sample that won the tournament contained higher levels of carboxylic acids, which are produced by the human skin in various amounts. If produced in massive amounts – as it happens in the case of some people – these acids release an odor that smells like cheese or dirty feet.

The experiments were conducted over a three-year period, with the same people continuing to appeal to mosquitoes regardless of what they ate in a particular day or whether they changed their soap or shampoo. “If you’re a mosquito magnet today, you will be a mosquito magnet three years from now,” said study senior author Leslie Vosshall, a neuroscientist at Rockefeller.

However, according to LJ Zwiebel, a professor at Vanderbilt University who was not involved in the study, although carboxylic acids clearly play a crucial role, there are probably other compounds that attract mosquitoes too. “The mosquito is a multimodal magnet that uses a lot of different signals,” Zwiebel said, and carboxylic acids are “one significant component but not the only one.”

In future research, the scientists aim to clarify how to chemically manipulate the odors released by the skin in order to make people less attractive to mosquitoes, and thus reduce the burden of infectious diseases that mosquitoes transmit.