What skunks can teach us about coping with climate change • Earth.com 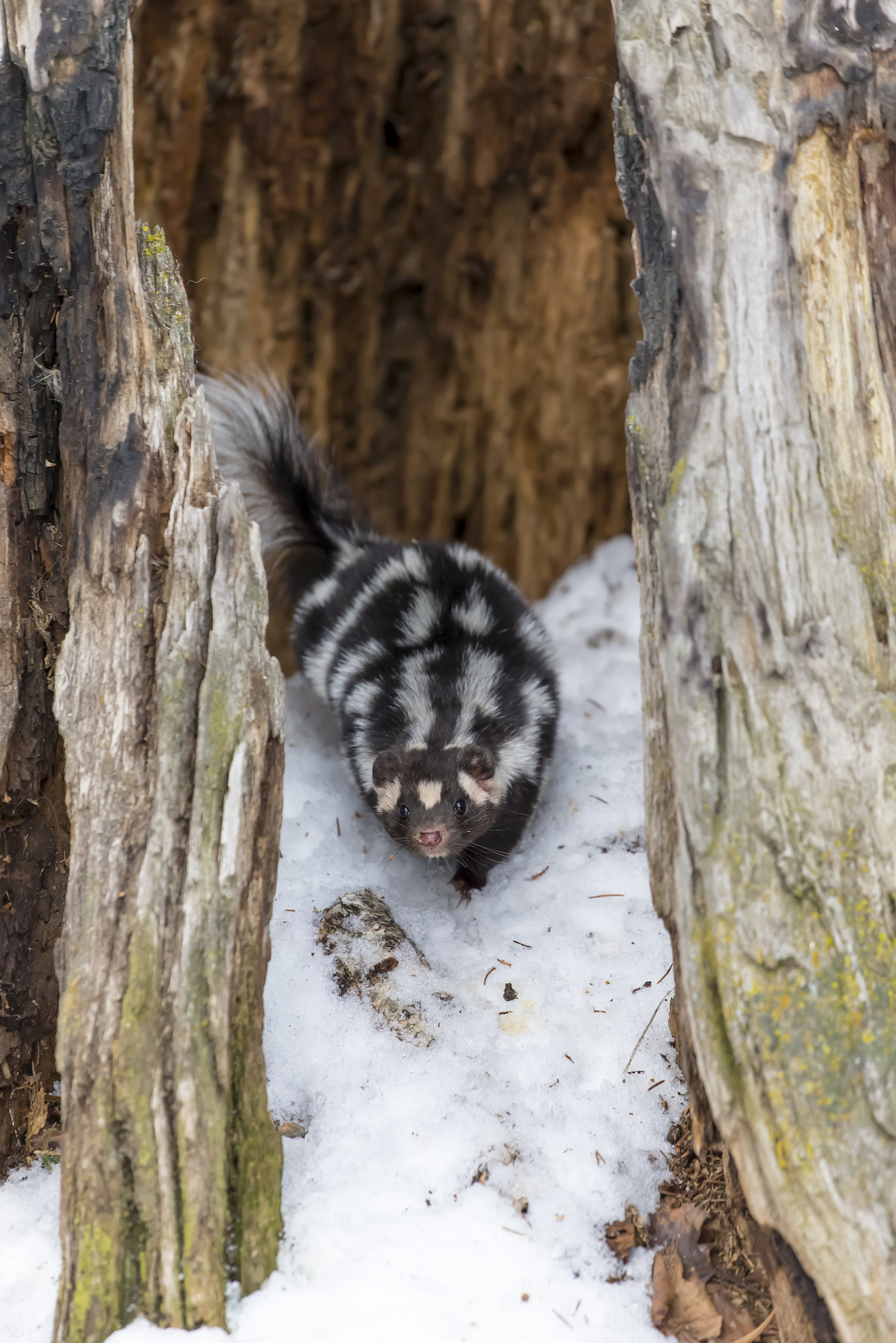 What skunks can teach us about coping with climate change

“By analyzing western spotted skunk DNA, we learned that Ice Age climate change played a crucial role in their evolution,” said lead author Adam Ferguson, Collections Manager of Mammals at The Field Museum in Chicago and affiliate of Texas Tech University. “Over the past million years, changing climates isolated groups of spotted skunks in regions with suitable abiotic conditions, giving rise to genetic subdivisions that we still see today.”

Western spotted skunks, smaller than the striped variety, have coats that are an almost maze-like pattern of black and white swirls. They often do handstands, hind legs and fluffy tail in the air, as they unleash smelly chemicals to ward off predators. These impressive skunks are found throughout the Western U.S. and Mexico.

“When we analyzed the DNA of spotted skunks living today, we found three groups that correspond to three different climate refugia,”Ferguson said. “That means that for spotted skunk evolution, climate change appears to have been a more important factor than geographical barriers.”

Small carnivores such as skunks haven’t been extensively studied about how they responded to changing climates, Ferguson said.

“What we know about the past can inform what we expect to see in the future,” he said. says “Understanding these genetic subdivisions that happened as a result of changing climatic conditions can help us conserve skunks and other animals in the future.”

The study was published in the journal Ecology and Evolution.