Why sleep deprivation spells out bad news for your gut • Earth.com 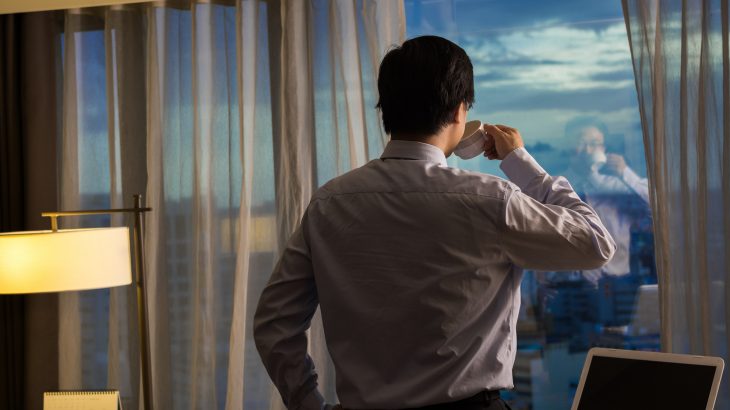 Why sleep deprivation spells out bad news for your gut

Why sleep deprivation spells out bad news for your gut. Individuals who work night shifts, travel across time zones, or struggle with sleep deprivation tend to become overweight and experience gut inflammation.

However, scientists have not been able to find the physical link between odd sleep patterns and gut health until now.

A group of researchers from the Champalimaud Centre for the Unknown in Lisbon have discovered that the function of a grouping of immune cells, known to be influencers of gut health, is directly controlled by the brain’s circadian clock, which is dependent on the daylight cycle.

“Sleep deprivation, or altered sleep habits, can have dramatic health consequences, resulting in a range of diseases that frequently have an immune component, such as bowel inflammatory conditions,” said lead researcher Henrique Veiga-Fernandes. “To understand why this happens, we started by asking whether immune cells in the gut are influenced by the circadian clock.”

As the researchers explain, almost all the cells within the body follow the circadian rhythm through expression of “clock genes,” which inform cells of the time of day and therefore help organs and bodily systems to function properly and anticipate sleep, eating, and other daily necessities.

Although these clock genes are autonomous, they still must be synchronised in order to work properly.

“The cells inside the body don’t have direct information about external light, which means that individual cell clocks can be off,” Veiga-Fernandes said. “The job of the brain’s clock, which receives direct information about daylight, is to synchronise all of these little clocks inside the body so that all systems are in synch, which is absolutely crucial for our wellbeing.”

Upon analyzing the types of immune cells present in the intestine, the researchers discovered that Type 3 Lymphoid Cells (ILC3s) are particularly susceptible to upsets to the clock genes.

“These cells fulfill important functions in the gut: they fight infection, control the integrity of the gut epithelium and instruct lipid absorption,” said Veiga-Fernandes. “When we disrupted their clocks, we found that the number of ILC3s in the gut was significantly reduced. This resulted in severe inflammation, breaching of the gut barrier, and increased fat accumulation.”

Having seen this reaction, the team needed to investigate why the number of ILC3s in the gut is directly affected by the brain’s circadian clock. Upon analyzing how disrupting the circadian clock influenced the expression of different genes in ILC3s, the team found that the “molecular zip code” was missing.

ILC3s need to express a protein on their membrane, which acts as a molecular zip code, as the researchers explained. This zip code instructs ILC3s where to migrate. When the brain’s circadian input is not present, the ILC3s could not express this zip code, and therefore, could not reach their final destination.

“This mechanism is a beautiful example of evolutionary adaptation,” Veiga-Fernandes said. “During the day’s active period, which is when you feed, the brain’s circadian clock reduces the activity of ILC3s in order to promote healthy lipid metabolism. But then, the gut could be damaged during feeding. So after the feeding period is over, the brain’s circadian clock instructs ILC3s to come back into the gut, where they are now needed to fight against invaders and promote regeneration of the epithelium.”

“It comes as no surprise then, that people who work at night can suffer from inflammatory intestinal disorders,” he continued. “It has all to do with the fact that this specific neuro-immune axis is so well-regulated by the brain’s clock that any changes in our habits have an immediate impact on these important, ancient immune cells.”

“The concept that the nervous system can coordinate the function of the immune system is entirely novel,” he concludes. “It has been a very inspiring journey; the more we learn about this link, the more we understand how important it is for our wellbeing and we are looking forward to seeing what we will find next.”

This breakthrough is published in Nature.