Sleep deprivation may become a side effect of climate change • Earth.com 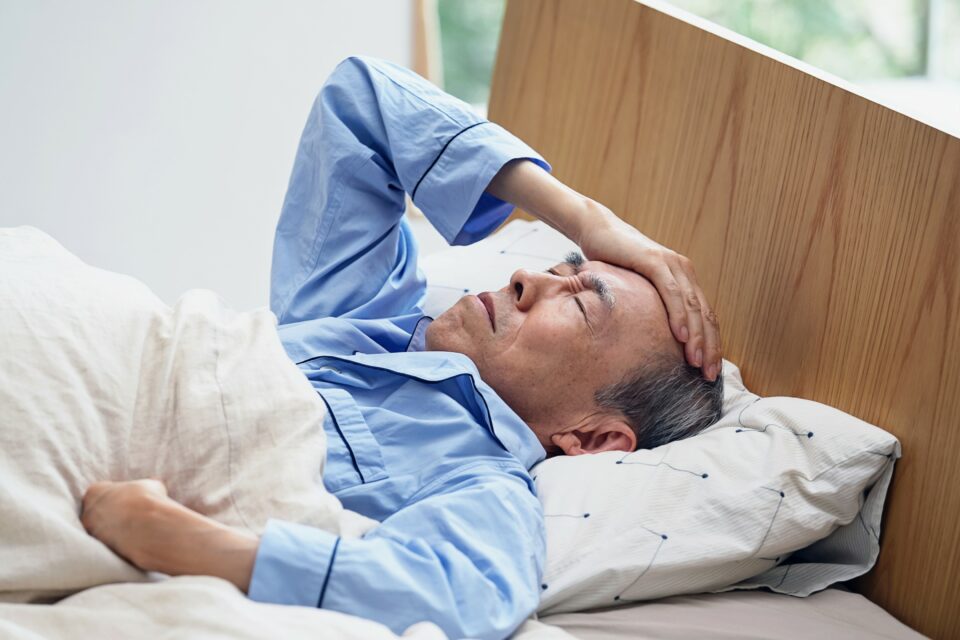 Climate change is predicted to bring more extreme weather events, such as heatwaves, hurricanes and storms; to cause changes in biodiversity; and to lead to rises in sea level. These events will undoubtedly have massive effects on economies, food security, natural environments, and human societies around the world. But apart from these more well-known consequences, climate change may also influence the ways in which we live our daily lives, and have impacts on behavioral, psychological and physiological processes that are essential for human well-being.

Global ambient temperatures are rising in response to anthropogenic climate change and the expansion of urban heat islands, and the greatest increases from normal have been recorded during the night times. In addition, the probability of experiencing insufficient sleep has been on the rise, worldwide, although the cause has not been investigated. Now, a study of sleep data by researchers from Denmark and Germany has attempted to find out whether these two trends are perhaps linked.

The scientists used data on sleep patterns collected from 47,000 adults across 68 countries spanning all continents except for Antarctica. The seven million nightly sleep records were captured using accelerometer-based sleep-tracking wristbands that had previously been shown to align with independent assessments of wakefulness and sleep. Daily weather, temperature and climate data were accessed from global weather stations in the areas where the participants were located.

Adequate and regular sleep is important for healthy mental and physical functioning in humans, while insufficient sleep has been associated with reduced cognitive performance, diminished productivity, increased absenteeism, compromised immune system function, raised blood pressure, cardiovascular disease, depression, anger and suicidal behaviors. Previous studies have found that both humans and animals do not sleep as well when ambient temperatures are elevated, which raises the question of what impacts global warming will have on the sleep patterns of the world’s population.

It’s long been known that hot days increase deaths and hospitalizations and worsen human performance, yet the biological and behavioral mechanisms underlying these impacts have not been well understood. Recent self-reported data from the United States have suggested that subjective sleep quality decreases during periods of hot weather, but how temperature fluctuations may impact changes in sleep outcomes in people living across a variety of global climates has remained unclear.

The results of the study, published today in the journal One Earth, suggest that on warm nights when the temperature is 30 degrees Celsius (86 degrees Fahrenheit) or more, sleep is reduced by an average of just over 14 minutes. The likelihood of getting less than seven hours of sleep also increases as temperatures rise. In fact, the team calculated that, by the year 2099, warmer temperatures may erode 50 to 58 hours of sleep per year from the average person.

“In this study, we provide the first planetary-scale evidence that warmer-than-average temperatures erode human sleep,” said study first author Kelton Minor of the University of Copenhagen. “We show that this erosion occurs primarily by delaying when people fall asleep and by advancing when they wake up during hot weather.”

“Our bodies are highly adapted to maintain a stable core body temperature, something that our lives depend on,” explained Minor. “Yet every night they do something remarkable without most of us consciously knowing – they shed heat from our core into the surrounding environment by dilating our blood vessels and increasing blood flow to our hands and feet.” He noted that in order for our bodies to transfer heat in this way, the surrounding environment needs to be cooler than we are.

The researchers found that, under normal living routines, people appear far better at adapting to colder outside temperatures than to hotter conditions. “Across seasons, demographics, and different climate contexts, warmer outside temperatures consistently erode sleep, with the amount of sleep loss progressively increasing as temperatures become hotter,” said Minor.

The effects of increased temperature on sleep insufficiency were not equally distributed in populations. The study found that sleep loss is substantially larger for residents from lower income countries as well as for the elderly and for females. Older people are known to be more vulnerable to hospitalization and death from extreme heat conditions.

It is possible that people in lower income countries do not have ready access to air conditioning, and that this may explain the unequal effect of warmer temperatures on their sleep patterns. The researchers note that because they uncovered compelling evidence that the impact of warming temperatures on sleep loss is unequal globally, new research should especially consider more vulnerable populations, particularly those residing in the world’s hottest – and historically poorest – regions.