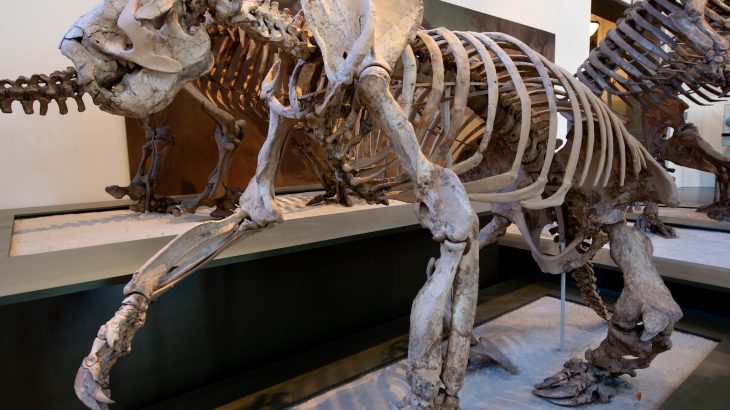 New molecular and mitochondrial evidence has caused researchers to rethink the sloth family tree. Years of general scientific consensus on how living and extinct sloths evolved and are related may be inaccurate, according to new research.

Two new studies, published in the journal Nature Ecology and Evolution and Current Biology, were conducted by two separate research groups that used different methodology but arrived at the same conclusion which helps confirm the innovative findings.

“All of us were initially surprised by our results because they thoroughly contradicted what seemed to be the accepted view based on anatomy,” said Frédéric Delsuc, a corresponding author for one of the research groups.

Unlike past sloth studies which linked ancient megafauna to the humble sloths alive today using physical traits, the new studies provide molecular evidence proving how different sloths group are related and how the sloth family tree diverged and branched out.

The research groups collected molecular data from living two-toed and three-toed sloths and extinct sloths like the giant ground sloth.

One research team focused on mitochondrial DNA, which can be extracted from tissues preserved in fossils.

The second research group looked at collagen. Using collagen, a protein, to help classify and identify species is a new field, but bone collagen provides researchers with more accurate and reliable data as it degrades more slowly than DNA and can be found in abundance in fossils.

“Structural proteins like collagen potentially last much, much longer after death than the relatively fragile DNA molecule,” said Samantha Presslee, the lead author on the Nature Ecology and Evolution. “This means that scientists can extract and interpret protein evidence from a wide range of extinct species well beyond the current reach of ancient DNA.”

The collagen research group was able to recover proteins from a fossil that was between 120,000 and 400,000 years old.

“Having the results of both sources of molecular information in front of us, we knew that we were standing on solid ground, and that it was time to revisit sloth evolution and classification,” said Hendrik Poinar, a corresponding author on the mitochondrial paper.

The analysis revealed that even though three and two-toed sloths live similar lifestyles, they evolved separately from one another.

The researchers also found that some sloth groups were more closely related than realized. The three-toed sloth, for example, has its own evolutionary branch, but the evidence showed that they share many similarities with ancient sloths like the ground sloth.

After dating the molecular samples, the researchers found that West Indian Sloths diverged from their megatheroid ancestors 30 million years ago.

“The combined molecular results are surprising on many levels,” said Graham Slater, who was involved in the collagen research. “Not only do they rewrite sloth classification, they suggest much of what we thought we knew about how sloths evolved may be wrong. We’ve been used to thinking that today’s sloths evolved independently for life in the trees from a ground-dwelling ancestor, but our results suggest that the basal, or ancestral, sloth may have been at home in both.”