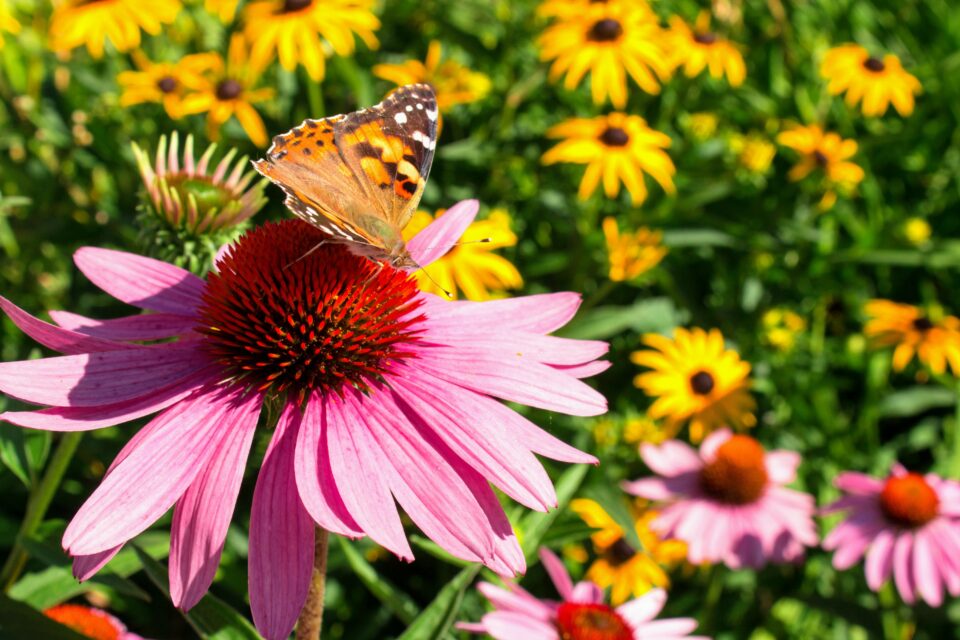 When it comes to protecting and restoring pollinator communities, small patches of land can make a big difference, according to an international study led by Dr. Philip Donkersley of Lancaster University.

“Insect pollinators are declining globally as a result of the anthropogenic pressures that have destroyed native habitats and eroded ecosystems. These declines have been associated with agricultural productivity losses, threatening food security,” wrote the study authors.

“Efforts to restore habitat for pollinators are underway, emphasizing large-scale habitat creation like wildflower strips, yet ignoring the impact of smaller or more isolated patch-creation.”

In collaboration with experts at Michigan and Washington State Universities, the Lancaster team investigated the effectiveness of pollinator planting interventions. While analyzing previous studies, the experts found evidence that smaller plots of planted wildflowers were associated with the biggest increase of pollinator abundance.

To investigate, the team set up a field study in the state of Washington, planting floral strips on 11 small patches of land that were only 30m² in size. From 2014 to 2018, the number of bees recorded on these small plots jumped from 1,360 to 3,550 individuals.

“This work shows that you don’t need to own a huge amount of farmland to benefit bees, and although we didn’t directly look at urban plots the results suggest that even people with small gardens who want to plant a wildflower strip can make a difference,” said Dr. Donkersley. “We’re seeing these huge benefits to pollinators from small-scale interventions that we used to ignore, this is hugely encouraging for both conservationists and the general public.”

“Nonetheless, these preliminary data are promising, and may play an important role in convincing smaller landowners to act to preserve insect pollinators.’

The study is published in the journal Agriculture Ecosystem and Environment.