Snow monkeys go fishing to survive during the winter • Earth.com 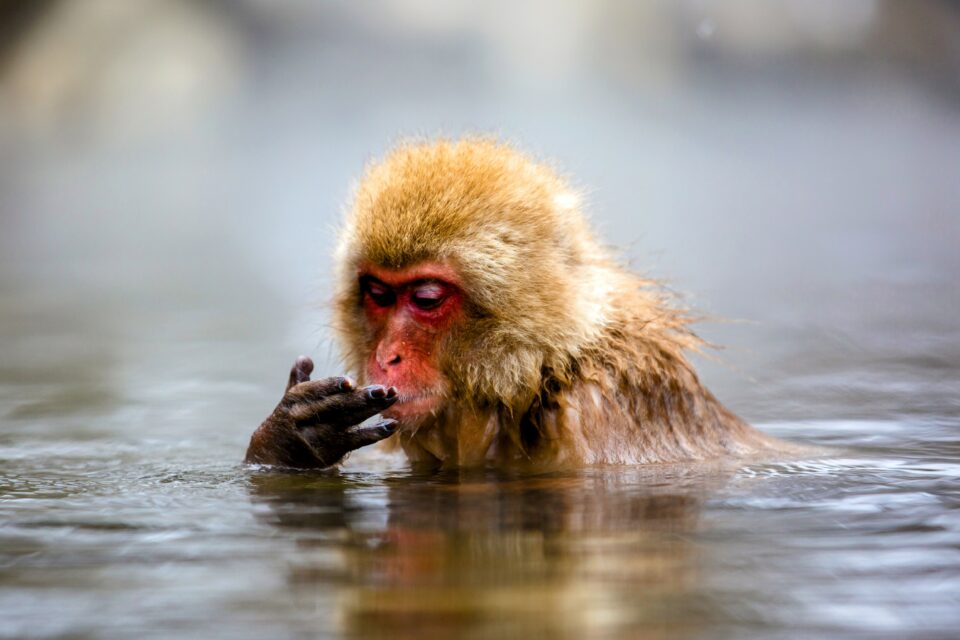 A new study led by the University of Birmingham has found that snow monkeys, or Japanese macaques (Macaca fuscata), are very adaptable creatures. The researchers discovered that snow monkeys are capable of “fishing” from rivers in the winter, when snow cover limits the availability of their preferred summer foods, such as terrestrial insects.

The strategy helps the monkeys survive in one of the Earth’s coldest regions – the Kamikochi area of Chubu Sangaku National Park of the Japanese Alps.

“Japanese macaques have a wider winter home range when food resources are scarce, but Kamikochi lies in a deep valley where they cannot cross the mountains. Population density is exceptionally high and macaques must overwinter in an extremely harsh environment,” explained study lead author Professor Alexander Milner.

“These larger populations create additional stress for surviving winter, but an abundance of groundwater upwellings and hot spring inputs from active volcanoes ensures many streams flow without ice cover allowing easy access to the monkeys.”

During the summer, snow monkeys generally feed upon terrestrial insects. In the winter, when these food sources become unavailable, the macaques are able to significantly change their behavior and diets in order to survive. Groundwater-fed streams flow through the entire winter with a constant water temperature of about five degrees Celsius and are easily accessible for Japanese macaques to search for alternative food sources.

Professor Milner and his colleagues used metabarcoding of fecal samples to determine the monkeys’ winter diets. They found that during the winter, the animals often feed on brown trout, riverine insects and mollusks, aquatic insect larvae, and nymphs.

“With high numbers of freshwater animals in its rivers and streams, the Kamikochi area may be the only environment in Japan where the topographical, geological, and meteorological conditions allow Japanese macaques to supplement their winter diet in this way,” concluded Professor Milner.