How solar wind gains energy while moving through space • Earth.com 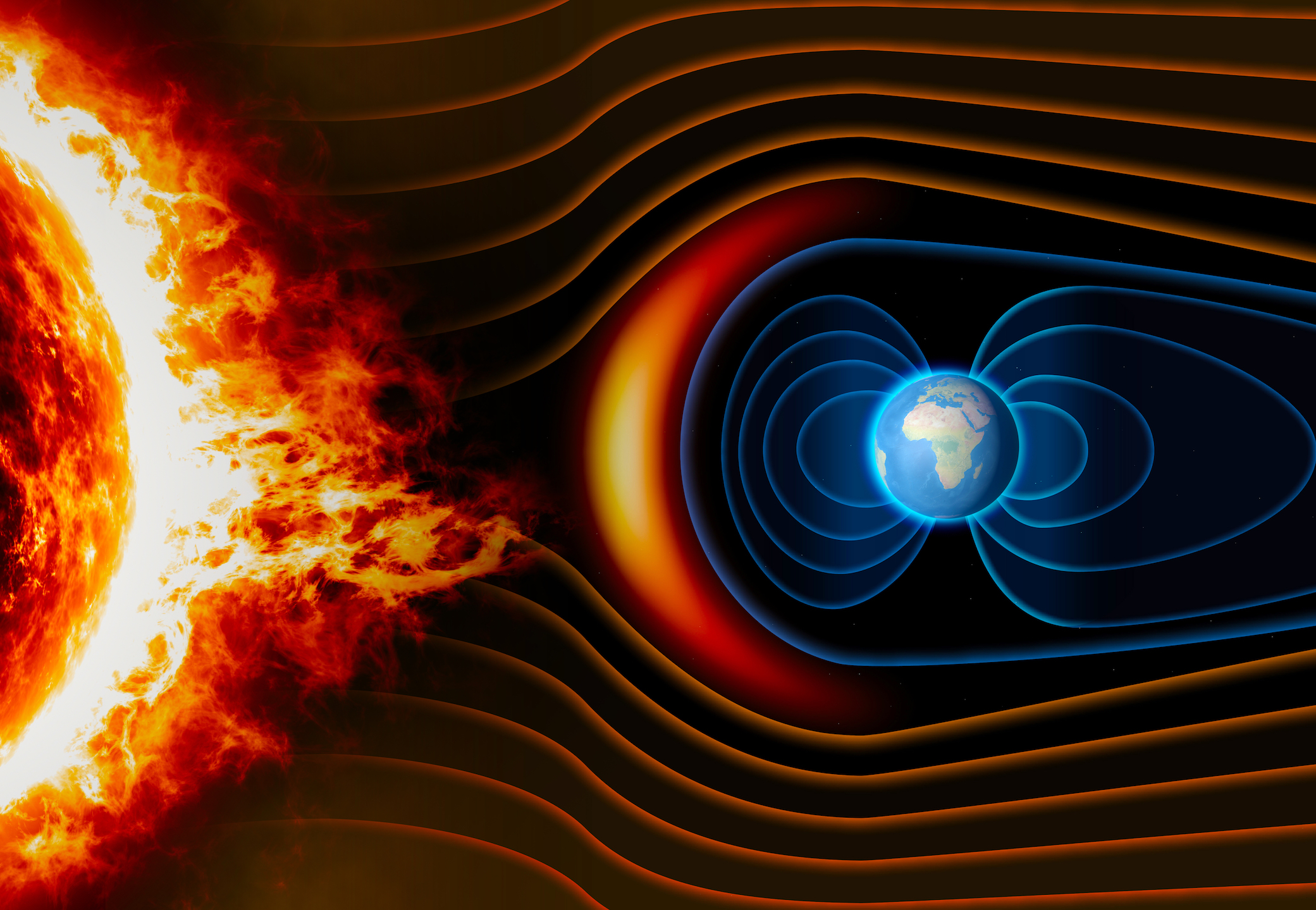 How solar wind gains energy while moving through space

Researchers at Queen Mary University of London have managed to make the first direct measurement of how energy is transferred from electromagnetic fields in space to the particles that make up solar wind. This is the process that drives the heating of interplanetary space.

The study has revealed that a process called Landau damping is responsible for the energy transfer to the electrons in solar wind. Landau damping occurs when a wave travels through a plasma and the plasma particles that are traveling at a similar speed absorb the energy, reducing the energy of the wave.

While this process had been measured in some simple situations, it was not known whether it would occur in the highly turbulent and complex plasmas in space.

The ability to make direct measurements of the plasma energization mechanisms present in solar wind will help scientists to answer many lingering questions about the universe.

“Plasma is by far the most abundant form of visible matter in the universe, and is often in a highly dynamic and apparently chaotic state known as turbulence,” said study lead author Dr. Christopher Chen. “This turbulence transfers energy to the particles in the plasma leading to heating and energisation, making turbulence and the associated heating very widespread phenomena in nature.”

“In this study, we made the first direct measurement of the processes involved in turbulent heating in a naturally occurring astrophysical plasma. We also verified the new analysis technique as a tool that can be used to probe plasma energisation and that can be used in a range of follow-up studies on different aspects of plasma behavior.”

Professor Greg Howes of the University of Iowa helped to develop the new analysis technique.

“In the process of Landau damping, the electric field associated with waves moving through the plasma can accelerate electrons moving with just the right speed along with the wave, analogous to a surfer catching a wave,” said Professor Howes. “This first successful observational application of the field-particle correlation technique demonstrates its promise to answer long-standing, fundamental questions about the behavior and evolution of space plasmas, such as the heating of the solar corona.”