Some red sea urchins will tolerate climate change better than others • Earth.com 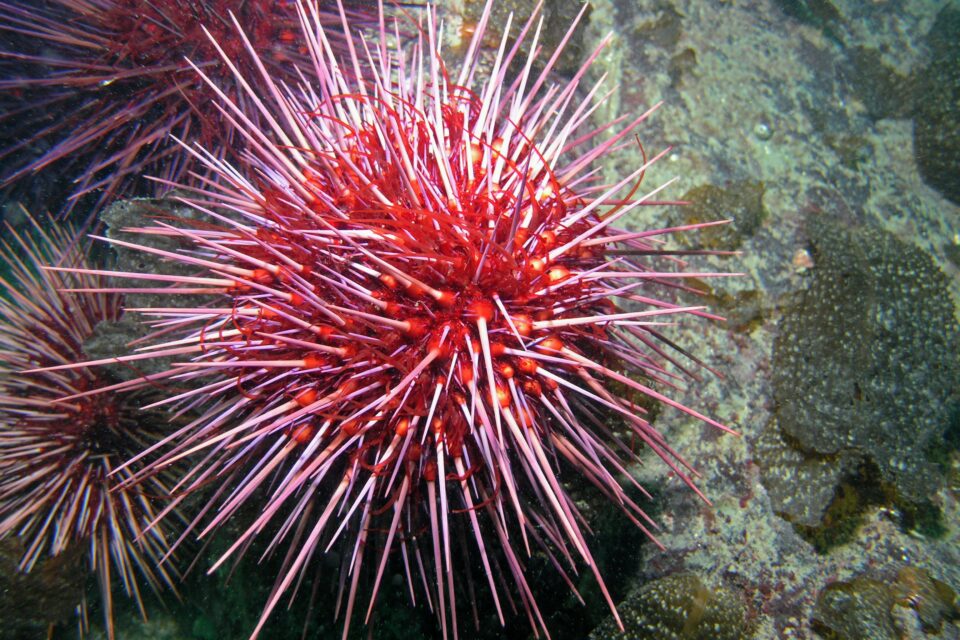 Some red sea urchins will tolerate climate change better than others

A new study led by the University of California, Santa Cruz has investigated how different populations of red sea urchins – a commercially valuable species – responded to changes in their environments. The analysis revealed that red sea urchin populations in Northern and Southern California are both adapted to their local environmental conditions, but differ in their vulnerability to future climate change and ocean acidification.

Although sea urchins in Southern California are already adapted to warmer conditions, the scientists estimate that further warming of the habitats may be more than they can tolerate.

“Red sea urchins from the Southern California population were much more sensitive to environmental changes than those from Northern California, and we think that is likely because they are already closer to some kind of thermal limit,” said study senior author Kristy Kroeker, a professor of Ecology and Evolutionary Biology at UC Santa Cruz.

The scientists examined the effects of three key environmental variables in sea urchins’ habitat: water temperature, dissolved oxygen, and pH (a variable measuring the level of ocean acidification). All of these variables are affected by climate change, which is warming the oceans, reducing oxygen levels in the water, and increasing acidification through the absorption of CO2 by seawater.

This is surprising since the Northern Californian populations are already adapted to seasonal changes in which temperature, dissolved oxygen, and pH all decrease in concert. With climate change, this so-called “covariance structure” will be broken: while dissolved oxygen and pH will decrease further, temperatures will rise.

“It’s breaking down the environmental covariance structure they’re adapted to, so our prediction was that this would make them more vulnerable. But that’s not what we found,” Kroeker said.

These discoveries suggest that water temperature is a critical variable for red sea urchins. Thus, with already warmer temperatures, the Southern Californian coastal waters may not have to get much warmer to reach temperatures inhospitable to their inhabitants.

“We should not assume that a species’ vulnerability to climate change is the same across its whole range. Each population is adapted to local conditions, and not all populations are going to respond similarly to global climate change,” Kroeker concluded.