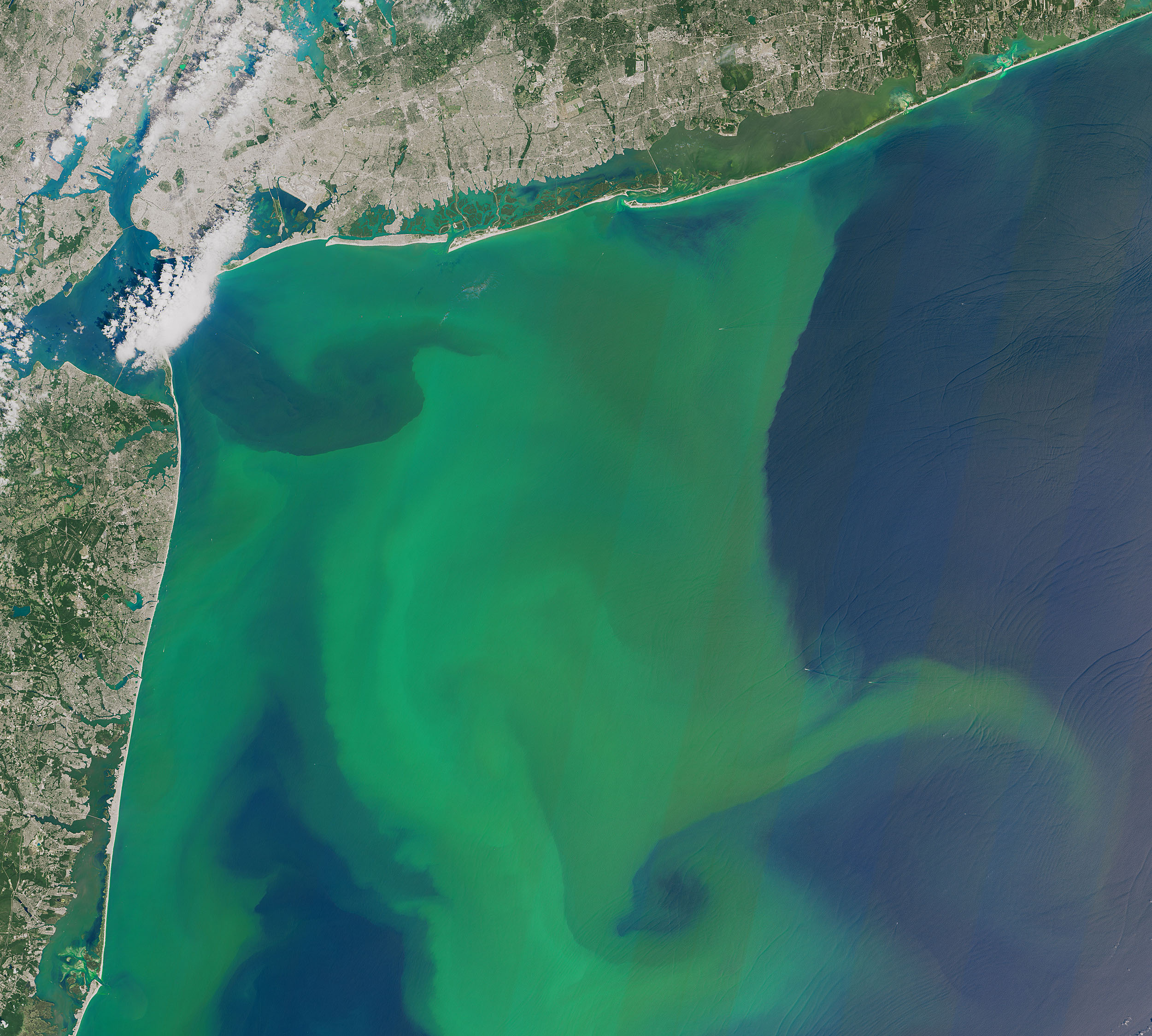 Phytoplankton blooms are the foundation of the ocean’s food web. Commercial fisheries, marine mammals and birds all depend on the blooms. However, the cause and effects of these phytoplankton blooms has been somewhat of a mystery, according to Michael Behrenfeld, an expert in marine plankton at Oregon State University’s College of Agricultural Sciences.

Now, scientists using a space-based sensor that can “see” through fog, clouds and darkness, giving them their first continuous look at the boom-bust cycles that drive polar phytoplankton blooms.

The decade-long set of images reveals that phytoplankton blooms are more tied to the push-pull relationship between them and their predators than was initially thought, according to a study published today in the journal Nature Geoscience.

“It’s really important for us to understand what controls these boom-bust cycles and how they might change in the future,” Behrenfeld said, “because the dynamics of plankton communities have implications for all the other organisms throughout the web.”

Phytoplankton also influence Earth’s carbon cycle. Through photosynthesis, they absorb a great deal of the carbon dioxide near the ocean’s surface. That, in turn, allows carbon dioxide from the atmosphere to go into the ocean.

The satellite-mounted LIDAR instrument, dubbed Cloud-Aerosol Lidar with Orthogonal Polarization, or CALIOP, uses a laser beam to map the ocean’s surface and immediate subsurface. CALIOP monitored plankton in the Arctic and Antarctic ocean waters from 2006 to 2015.

CALIOP’S measurements reveal that, as the phytoplankton growth accelerates, the blooms are able to outpace the organisms that prey on them. As soon as that acceleration stops, however, the predatory organisms catch up and the bloom ends.

This finding, he said, goes against the commonly held belief that blooms begin when phytoplankton growth rates reach a threshold rate, and then stop when growth rates crash.

Instead, phytoplankton blooms start when growth rates are extremely slow, and then stop when phytoplankton growth is at its maximum but the acceleration of the bloom has hit its peak. It’s only then that the predatory organisms catch up and the bloom terminates.

The study also reveals that, in Arctic waters, the year-to-year changes in this constant push and pull between predator and prey has been the primary driver of change over the past 10 years. The situation is different in the southern ocean around Antarctica, where changes in the ice cover held more sway.

“The take-home message,” Behrenfeld said, “is that, if we want to understand the production of the polar systems as a whole, we have to focus both on changes in ice cover and changes in the ecosystems that regulate this delicate balance between predators and prey.”

The capabilities of space-based LIDAR, he said, open the door to even more-detailed measurements of plankton communities. For example, the CALIOP instrument, good as it is, was engineered to take measurements of the atmosphere and does not have the resolution necessary to capture detailed information below the ocean’s surface.

A higher-resolution instrument, now being developed at NASA but not yet deployed on a satellite, could collect subsurface samples at finely spaced depths as the laser pulse penetrates through the water column, allowing scientists to see the vertical structure of plankton blooms. That would reveal more about how plankton are being influenced by the ocean’s currents and its other physical properties, Behrenfeld said.

The instrument could also determine what fraction of the signal is from the scattering of light versus the absorption of light.

“We can use the scattering information to quantify the concentration of the plankton, and we can use the absorption to say something about the plankton’s physiology–in other words, the health of the cells,” said Behrenfeld.

The CALIOP sensor is mounted on the CALIPSO satellite (Cloud-Aerosol Lidar and Infrared Pathfinder Satellite Observation), jointly owned by NASA and France’s space agency. Other participating institutions include the University of Maine, the University of California and Princeton University. 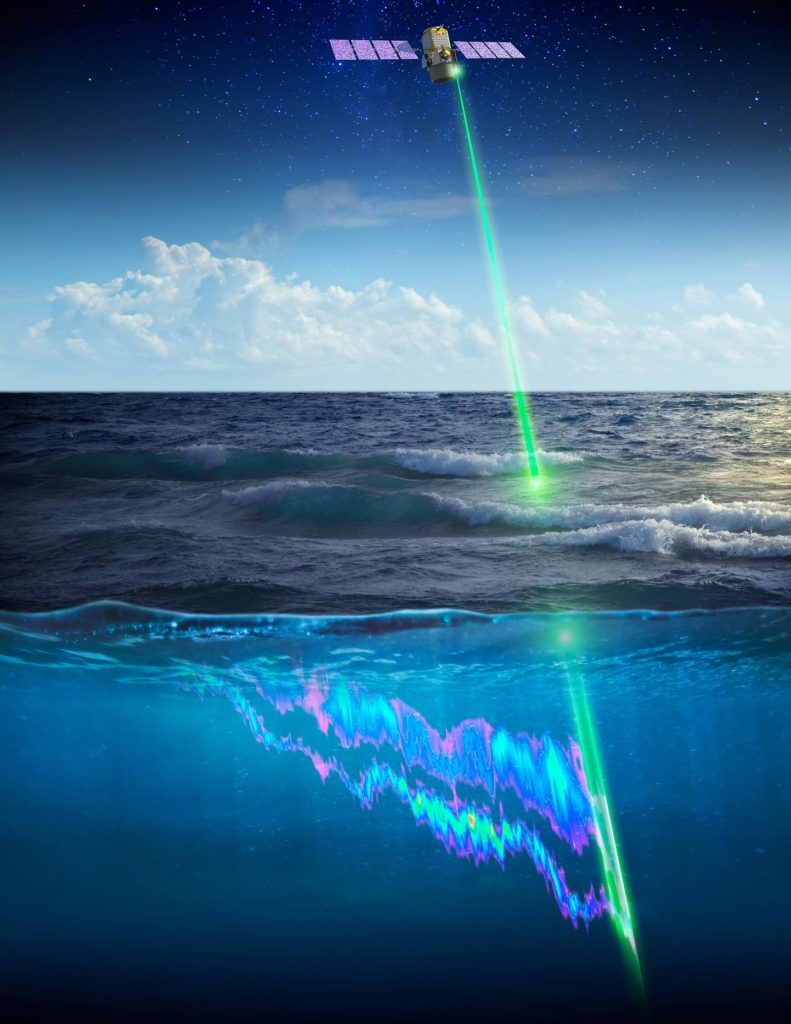 An artist’s rendering shows a laser beam from a satellite-mounted LIDAR instrument probing the plankton-rich waters of Earth’s northern and southern oceans.