Sponges are mysteriously moving across the Arctic seafloor • Earth.com 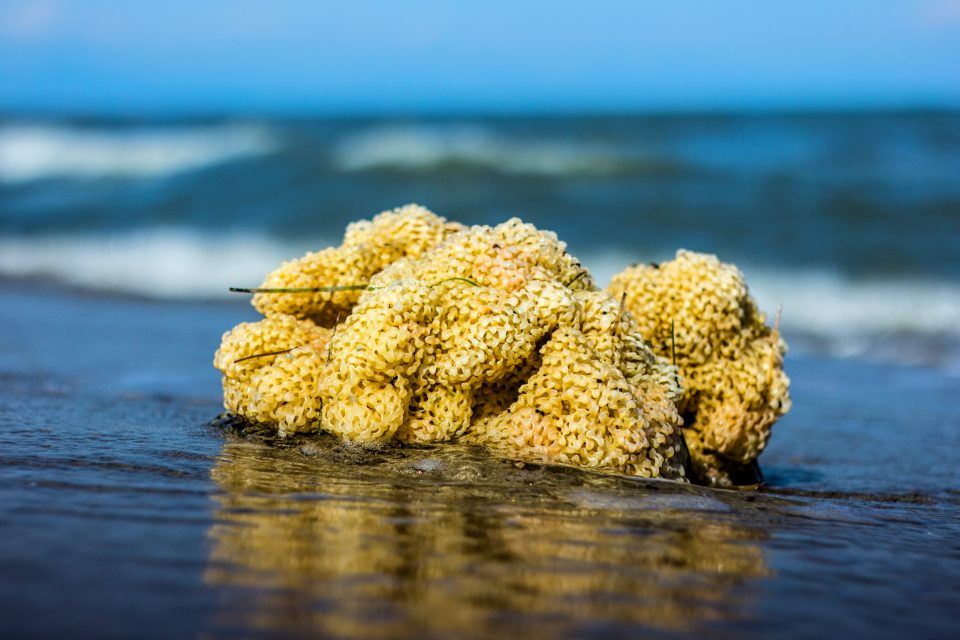 Sponges are mysteriously moving across the Arctic seafloor

In a new study from Cell Press, experts have discovered that sea sponges have been moving across the floor of the Arctic Ocean. The researchers identified mysterious trails of light brown sponge spicules that were spotted in a video.

“We observed trails of densely interwoven spicules connected directly to the underside or lower flanks of sponge individuals, suggesting these trails are traces of motility of the sponges,” explained the researchers. “This is the first time abundant sponge trails have been observed in situ and attributed to sponge mobility.”

According to the study authors, it looked as though the sponges had “crawled” into their current positions. But once these creatures have settled in a spot and matured there, they do not generally move around.

In fact, sponges have no muscles or specialized organs for locomotion, so the researchers were amazed to find a large number of trails

Sponges can only move a little by contracting or expanding their bodies. In some cases of sponges raised in the lab, movement involved remodeling their entire bodies.

The video footage was captured in 2016 by the research icebreaker Polarstern as it surveyed the Langseth Ridge, which is permanently covered in ice. The peaks of the ridge were found to be covered by one of the densest communities of sponges that has ever been recorded.

The researchers said it is not clear, given the challenging environment, how the area supports such a large community. The team was even more surprised to observe trails of spicules that appeared in nearly 70 percent of the seafloor images that contained living sponges.

The trails were several centimeters in height and many meters long, often connecting directly to living sponges.

The team generated 3D models to show the way the trails were interconnected. The findings suggest that the moving sponges sometimes change direction, explained the researchers.

According to the experts, the movement is not simply a matter of gravity. For example, the images revealed that the trails often meandered uphill. The researchers speculate that the sponges may have to move in order to access food.

“These features are all indicative of feeding and population density behavioral trends previously observed in encrusting sponges,” wrote the study authors.

“The extremely low primary productivity, sedimentation, and particle advection rates of the Langseth Ridge region overall result in some of the lowest standing stocks of benthic life; so potentially, this Arctic Geodia community relies on particulate and dissolved fractions from the degradation of old organic debris trapped within the spicule mat as additional food sources.”

“We suggest that the mobility indicated here may be related to sponges searching for and feeding directly on the accumulated detrital matter trapped within the sponge spicule mat underlying the living sponges.”

The research was led by Teresa Morganti of the Max Planck Institute of Marine Microbiology and Autun Purser of the Alfred Wegener Helmholtz Centre for Polar and Marine Research.