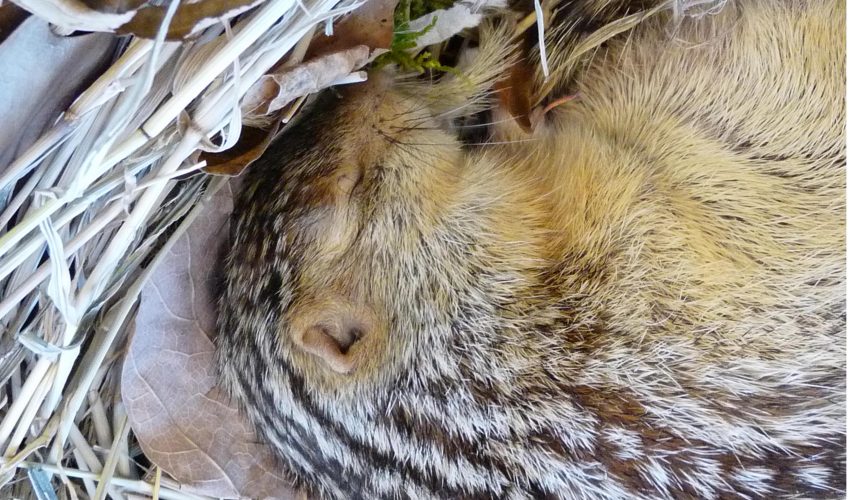 Researchers from Yale University have discovered that ground squirrels and Syrian hamsters do not feel cold like some other rodents which do not hibernate, such as rats and mice. These hibernating animals have adapted neurons which have a weakened ability to detect freezing temperatures. The scientists believe that this evolution allows the rodents to hibernate because their body temperatures can drop without causing them stress.

The researchers found that the two hibernating species evolved their cold-suppressing abilities independently. Experimentation showed that it took a lot more to activate cold-sensing receptors in ground squirrels and Syrian hamsters compared to other animals that do not hibernate.

When the researchers observed the response of squirrels, hamsters, and mice to two temperature-controlled plates, the mice preferred the warm plate at all times. However, the squirrels and hamsters showed no preference unless the cold plate approached 5 degrees Celsius.

The experts linked this behavior to an ion channel in the neurons of these rodents, called TRPM8. In ground squirrels and hamsters, TRPM8 is less sensitive to cold than it is in mice.

The resistance to feeling cold occurs not only during hibernation but also while squirrels and hamsters are active. For example, 13-lined ground squirrels can survive temperatures of 2 degrees Celsius for up to 9 months.

While species like birds can migrate when the weather gets too cold, smaller mammals cannot travel long distances. Because they do not have the means to change their environment, they must adapt their bodies.

“This adaptation is the perfect example of how environment can shape properties of the sensory system,” said Gracheva.