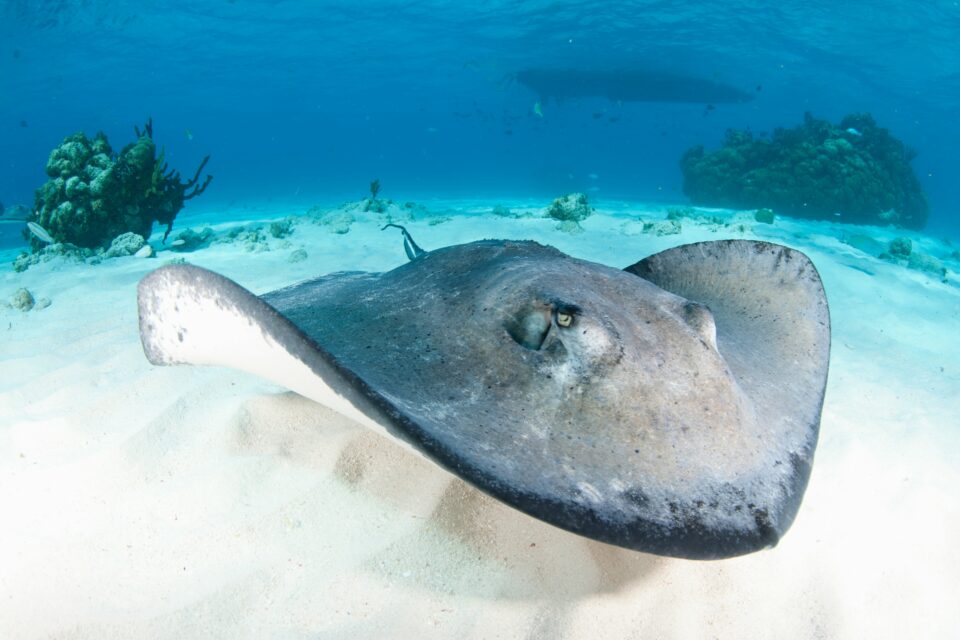 Until recently, scientists thought that stingrays, as well as other elasmobranchs such as sharks and skates, are mostly silent. However, a new study published in the journal Ecology has provided evidence that two species of stingray – the mangrove whipray (Urogymnus granulatus) and the cowtail stingray (Pastinachus ater) – can produce striking, unmistakable clicks.

Before the current study, the only evidence that stingrays could make sounds came from a study of captive cownose rays from 1970, which recorded a series of short, sharp clicks produced by these animals after the scientists forcefully prodded them. However, while diving in Indonesia and Australia in 2017 and 2018, the new study’s authors have managed to witness and record sounds produced by stingrays in their natural habitat.

The precise mechanism through which the animals make these sounds remains a mystery though. “They don’t have vocal cords, and there’s no clear mechanism for how they do it,” said study lead author Lachlan Fetterplace, a marine ecologist at the Swedish University of Agricultural Sciences. As the clicking sounds are heard, the rays’ spiracles – the two holes in their heads used to move water across their gills – seem to contract, suggesting that the animals might be creating friction between the spiracles and the surrounding tissue, in a process similar to when we snap our fingers. However, according to Dr. Fetterplace, it is also possible that the stingrays are forming the sounds by creating a vacuum, such as when we click our tongues.

The scientists are also uncertain about the function of these sounds. By comparing the bandwidth and frequencies of the clicks to the known range of stingray hearing, they confirmed that stingrays can hear them, which could mean they are a form of communication. However, since also reef sharks and sicklefin lemon sharks – which feed upon rays – can hear the sounds, they may be produced as warnings at the approach of these predators, or as a diversion aiming to surprise the predators and allow the rays to escape. Finally, the fact that other stingrays were observed to quickly approach the one making the sounds suggests that the clicks could be a way to call reinforcements.

Further research is needed to clarify the ways in which these sounds are produced, their frequency among stingray populations, and the range of functions they might have, as well as to discover whether other related species are making similar sounds.

“Other similar species may also produce sounds but anecdotal records may have not yet come to light; thus our paper may serve to bring to light further examples from the public and researchers,” the scientists concluded.

A video of the sounds produced by stingrays can be viewed here.