Stink bugs found to cause extra trouble during the winter • Earth.com 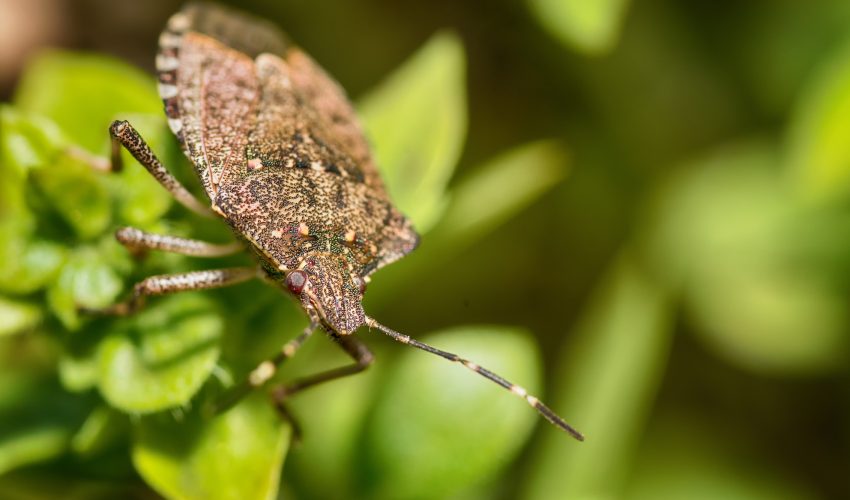 Stink bugs found to cause extra trouble during the winter

The brown marmorated stink bug arrived in the United States around 20 years ago with the first specimen collected in Allentown, Pennsylvania. This invasive insect attacks fruits, vegetables, and crops. The non-native bugs are pests indoors as well, searching for homes to occupy in the fall and winter. Once they gain access to a home, stink bugs are proving to be a challenge to remove. New research shows the bugs are dodging traps in large numbers during late fall and winter.

Entomologists conducted a study to test the effectiveness of trapping stink bugs using one of the leading techniques. The traps were baited with aggregation pheromones, which are those that attract other members of a species to a particular location.

The lead author on the study is Rob Morrison, PhD., a research entomologist for the United States Department Of Agriculture’s Agricultural Research Service (USDA-ARS). Morrison teamed up with fellow entomologists at the USDA-ARS Appalachian Fruit Research Station, Virginia Tech University, and North Carolina State University. The team tested stink bug traps in infested homes in 2014 and 2016. Traps were set up in buildings that were both heated and unheated.

“Just eight to 20% of the stink bugs we saw crawling around hallways were captured,” says Morrison.

The study, set to be published next week in the Journal of Economic Entomology, reveals that the brown marmorated stink bug, or Halyomorpha halys, are not attracted to the aggregation pheromone during late fall and early winter. The bugs are largely unresponsive to the aggregation pheromones until the days become significantly longer in late April to early May. In addition to capturing only a small percentage of the stink bugs, the traps failed to give a consistent indication of the amount of stink bugs present in each location. This means the traps are not accurate enough for monitoring purposes.

The findings of the study show the best approach to stink bugs is prevention.

“To prevent brown marmorated stink bugs from gaining access to your house, seal all holes and cracks, including where the roof meets the structure, and where the house meets the foundation,” Morrison says.

The results of the study raise concerns about just how serious the spread of stink bugs may become. Morrison and his colleagues will continue to work toward containment of the insects.

“The brown marmorated stink bug may rely on a yet-to-be-identified chemical stimulus or other communication method during the fall when they disperse to overwintering sites and when they emerge during the spring,” explains Morrison. “Both are areas of active research.”