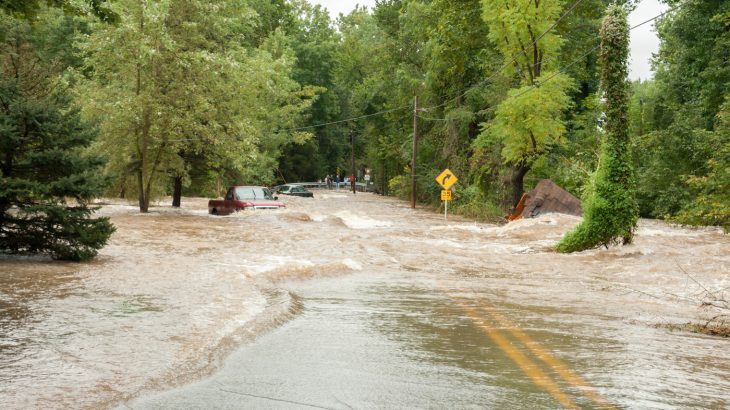 By the end of this century, storms with heavy flooding are expected to triple in frequency in North America and Europe, according to a new study.

Projecting the future impacts of climate change is no easy task, and modeling current climate trends to predict future weather extremes involves working around a lot of uncertainty and unknowns.

However, climate models are a key part of understanding how increases in greenhouse gas emissions will impact future climate extremes.

Researchers from the University of Exeter analyzed Northern Hemisphere storms in (extratropical cyclones) to project future changes in storms and precipitation for Europe and North America.

The results, published in the journal Environmental Research Letters, show that it is possible to create consistent climate projections by studying specific storm behaviors.

“Due to the complexity of the circulation response to warming, there is much uncertainty in regional patterns of climate change,” Matt Hawcroft, the lead author of the study told the Daily Mail. “Given this uncertainty, it is important to be able to distill clear information where that is available. Here we show that in spite of these complexities, we are still able to provide large and consistent projections of change in these highly impactful events.”

Heavy flooding and storm frequency are both predicted to increase by the end of the 21st century which could cause widespread devastation and severe economic losses unless greenhouse gas emissions are reduced.

“It is expected that precipitation extremes will increase in intensity and frequency in a warmer climate,” said Hawcroft. “In this work, we have attributed those changes to the events which bring much of our large-scale rainfall and flooding.”

Reliable storm data and projection could help with informing climate change mitigation strategies according to the researchers.

“This additional information, on the dynamical nature of changes, is important since it provides clear information on the nature and impact of the changes in precipitation that can be used, for example, in policymaking and adaptation planning.”