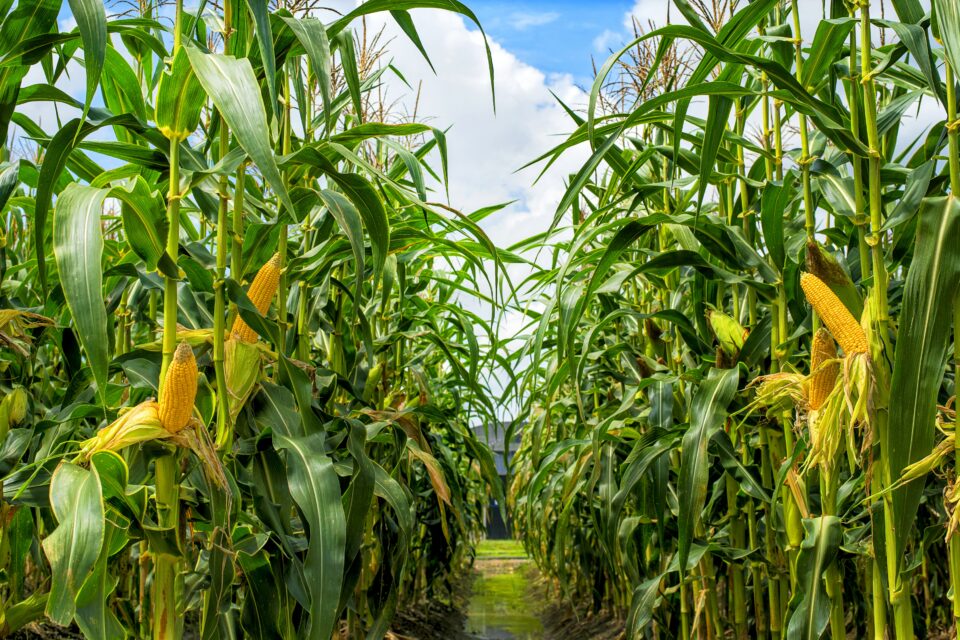 An important aspect of plant development is gravitropism, the directional growth of organisms in response to gravity. This process allows plants to compete for limited resources. For example, if crop roots could be directed to grow down at a steeper angle, the plants could gain access to deeper water and nutrient reserves and potentially become more drought resistant.

A new study led by the University of Wisconsin has revealed four genes that are involved in gravitropism in corn and the model plant Arabidopsis. The research will help explain why some plant roots make a steeper turn towards gravity than others.

In collaboration with experts at the University of Illinois, the team used advanced techniques to observe subtle differences in root gravitropism in thousands of seedlings. This data was combined with genetic information for each seedling. The results allowed the researchers to map the likely positions of gravitropism genes in the genome.

“Because we had previously performed the same experiment with the distantly related Arabidopsis plant, we were able to match genes within the relevant regions of the genome in both species. Follow-up tests verified the identity of four genes that modify root gravitropism,” explained study lead author Professor Edgar Spalding. “The new information could help us understand how gravity shapes root system architectures.”

“We looked at an under-researched trait in maize that is important for a number of reasons, especially in the context of climate change. And we did it by making the evolutionary differences between plants work in our favor,” said study co-author Professor Matt Hudson.

Corn and Arabidopsis evolved about 150 million years apart. Although both species share basic plant functions, the genes controlling them have likely been jumbled within the genome over time, explained Professor Hudson.

“I thought it was super cool that we could identify genes we wouldn’t have found otherwise just by comparing genomic intervals in unrelated plant species. We were pretty confident they were the right genes when they popped right out of this analysis, but Spalding’s group then spent seven or eight more years getting solid biological data to verify they do, indeed, play a role in gravitropism. Having done that, I think we’ve validated the whole approach such that in future, you could use this method for many different phenotypes,” said Professor Hudson.

According to Professor Spalding, the method was probably particularly successful because precise measurements were made in a common environment. “Often, maize researchers will measure their traits of interest in a field, whereas Arabidopsis researchers tend to raise their plants in growth chambers. We measured the root gravitropism phenotype in a highly controlled way. These seeds were grown on a petri plate, and the assay lasted just hours, as opposed to traits you might measure in the real world that are open to all sorts of variabilities.”

“Gravitropism may be especially amenable to study through this approach because it would have been key to the original specialization of shoots and roots after the successful colonization of land.”

Professor Hudson pointed out that gravitropism will be key to colonization of a different landscape, as well. “NASA is interested in growing crops on other planets or in space and they need to know what you’d have to breed for to do that. Plants are pretty discombobulated without gravity.”