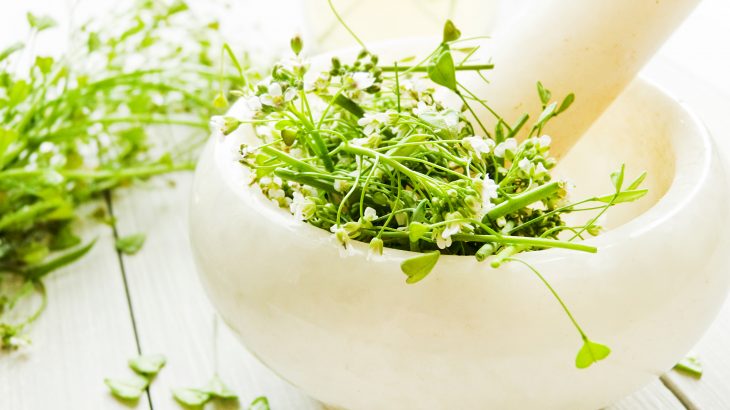 There is a stunning amount of diversity in plants, which evolve different features for optimal performance in their specific environment.

In a new study from the John Innes Centre, researchers have investigated why some plants have extremely unusal shapes, such as the heart-shaped seed pods of the Capsella genus.

With its distinctive appearance, the heart-shaped Capsella fruit is the perfect candidate for studying the emergence of diverse shapes among plant organs.

Previous research suggests that the expression of key regulatory genes controls the evolution of plant organ shapes. The current study has revealed a critical new step in this pathway that involves the modification of protein activity.

The researchers identified a specific protein, which they named heartbreak (htb), that controls the activity of the key regulator of fruit development in Capsella rubella.

The protein htb activates a type of “molecular trimming” pathway that initiates the production of the plant hormone auxin. This triggers anisotropic cell expansion, which is when cells expand in a preferred direction that is not uniform, and the heart-shaped Capsella fruit is formed.

“We know that the diversity in shape we observe in nature frequently is caused by changes in the position and timing of key regulatory genes: that is how a lot of variation occurs,” said study co-author Professor Lars Østergaard.

“What we have found is that there is this post translational effect, beyond the gene expression. This protein modification is at the basis of this type of diversity of fruit shape – and goes a long way to explain the difference for example between the fruits of Capsella and those from the related model plant Arabidopsis. This is about a modification of protein activity at a different stage than we have seen before.”

Using a genetic screening technique to study a range of traits, the experts managed to identify the important developmental role of htb.

“We now have an entire pathway based on gene expression, hormone dynamics and post translational modification of proteins in such detail that we can test to what extent these kinds of pathways with these components are shared much wider across kingdoms and not just within the plant kingdom,” said first author Dr. Yang Dong.

The research answers a key question about how the unique heart-shaped seed pods develop, but the purpose they serve remains an intriguing mystery.

“Previously we thought these shapes might be a good functional design for seed dispersal because the shape could allow the wind to catch the seed pod walls, but our assays comparing them with Arabidopsis and oilseed rape do not reveal any great advantage of the Capsella fruit in seed dispersal. So, we don’t think that can be a major factor,” said Professor Østergaard.

“It is possible they could act like solar panels. In other words, maybe they function to capture sunlight and increase photosynthetic capacity. We know that the photosynthetic capacity of the seed pod walls can have a strong effect on seed development inside the pod and therefore on yields. So, by understanding this mechanism it does give us tools to perhaps be able to manipulate the seed pod walls in crops like oilseed rape.”