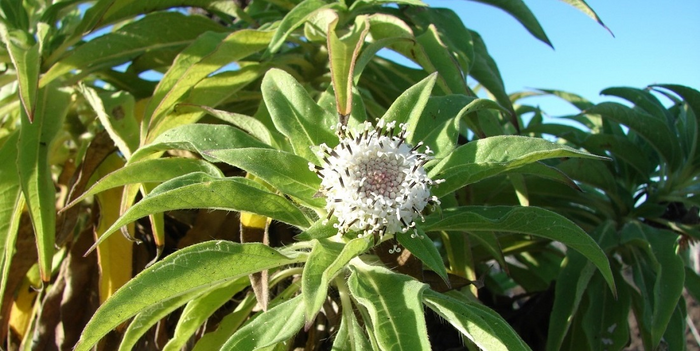 Charles Darwin found remarkable birds on the Galápagos Islands when he visited on the HMS Beagle in 1835. They became known as “Darwin’s finches,” even though they were not finches at all. The remarkable thing about them, however, was that the 18 species all seemed to inhabit different islands in the archipelago. Over time they had developed different lifestyles, fed on different foods and had beaks that varied in form and function, despite the fact that they all arose from a single ancestral species.

The finches illustrate that populations may become adapted to environmental conditions found on specific islands and that, over time, the adaptations may make then so different that they can be considered separate species. They also support the island syndrome hypothesis that predicts the repeated and pronounced changes that some species undergo after colonizing islands.

Animal species that become isolated on islands often show changes in body size (may become dwarfs or giants), locomotion (may become flightless), coloration and behavior. But what is the genetic basis for these changes, and does island syndrome apply to plants as well?

A team of 30 scientists from four different continents has now tackled these questions using plants from the genus Scalesia. Known as giant daisies, they are found on the Galápagos Islands and were also encountered there by Darwin during his visit. There are 15 different species and, as you might guess, the remarkable thing about them was that, according to Darwin, “not one of these species grows on any two islands” – each species had adapted to the conditions on its own island. Scalesia is in the same family as daisies and sunflowers but the plants grow to the size of trees on the Galápagos Islands.

All 15 species evolved from a single species that, at some point in the distant past, arrived on the archipelago. The original species spread to neighboring islands and became adapted to the specific environmental conditions there. The descendants developed different characteristics and gradually turned into more specialized species, just like the finches. In fact, the giant daisies are commonly referred to as “Darwin’s finches of the plant world”. Today the different species are adapted to life in the dry lowlands, humid highlands and dry volcanic summits of Galápagos Islands.

The researchers chose to carry out DNA analysis of a single species of giant daisy, Scalesia atractyloides, in order to investigate the genetic basis of the plant’s adaptability. This species is a critically endangered dwarf tree found only on the island of Santiago in the Galápagos. Santiago is one of the four islands that Darwin visited during his trip to the archipelago.

The results of the analysis, published in the journal Nature Communications, show many genetic variants in the plant’s genome that could have explained the original species’ ability to adapt and spread into distinct niches on the different islands.

“These variations are associated with vascular development, growth, adaptation to salinity and flowering time,” said Cerca. In other words, they reflect adaptability when faced with new environmental conditions on the islands.

In total, the researchers identified 920 genes in the genome that are under positive selection, meaning that they confer some form of advantage on the plant. These include genes that regulate leaf morphology, lead to rapid plant growth, promote tolerance of arid conditions and cause the closure of stomata.

In addition, the methods used by the researchers enabled them to infer what the genome of the original colonizing plant might have looked like. “We found that the common ancestor of all the species in the Scalesia genus was an allotetraploid,” says Cerca. An allotetraploid is a variant that has twice as many chromosomes in its cells, and therefore also genes, as a normal plant. This came about because two different plants had crossbred sometime in the history of the species, and had created a hybrid.

The crossbreeding, along with the extra sets of chromosomes and genes, also provides a large variety of genetic material for different traits that can be present in the offspring. This situation means that offspring have a better chance of being able to adapt to conditions in a new environment. Such crossbreeding is probably more common in plants than believed a few years ago, but for researchers it is still a big deal.

“We’re beginning to understand the genetic basis for how this one original plant species might have evolved into several species,” said Cerca.

The researchers also found that certain genes under selection, such as large body size, supported the island syndrome hypothesis, indicating that it is possible for some species on islands to show different phenotypes from their mainland counterparts.

The group’s work provides valuable insights into how species are able to adapt to different environments. This is perhaps especially important at a time when the environment in numerous places on the planet is changing faster than it has for a long time.