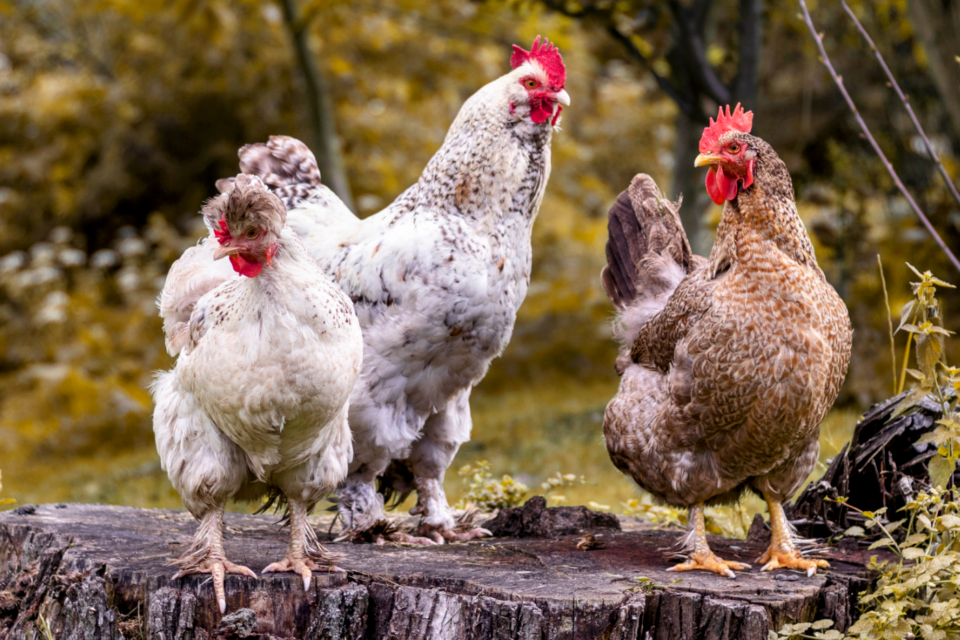 Domestic chickens (Gallus gallus domesticus) are distributed around the world and are a familiar source of meat and eggs for almost everyone on the planet. It is easy to assume that the species was domesticated primarily as a food source and transported around the world by people wishing to ensure a supply of meat and eggs. There is, however, little evidence to support this hypothesis, and new research by a team of international scientists has concluded that chicken history may be very different from what is currently accepted.

Previous research, involving a review of literature, has proposed that chickens were domesticated in Southeast Asia around 6,000 BC, before quickly becoming established in China and spreading rapidly into western Eurasia. According to this research, domestic chickens arrived in Eastern Europe by the Neolithic, spread throughout the Mediterranean during the Bronze Age and reached temperate Europe in the Iron Age. Much of the evidence upon which this approach is based is speculative or unverified at best and, in the opinion of the current team of international experts, the conclusions are wrong.

The findings of the current study involved re-analysis of more than 600 chicken bones from museum collections and various archaeological sites in 89 countries. The researchers used radio carbon dating and stable nitrogen isotope ratios to establish the ages of the bones, as well as morphometric analysis to ascertain that the bones were indeed from chickens.

In many instances the scientists found that the chicken bones did not agree in age with the stratigraphic dating from the archaeological sites. It appears that chicken bones may easily become introduced into deposits, particularly in farm situations where the earth is regularly turned, or where other factors may disturb the stratigraphy of a deposit. Furthermore, some of the bones belonged to pheasants, and not to chickens at all. These findings cast doubt on the quality of the evidence initially used to investigate domestication and dispersion of chickens in Southeast Asia, China and Europe.

The researchers found that the oldest authentic chicken bone among their samples was found at the Neolithic site Ban Non Wat in central Thailand, and was dated at between 1,650 and 1,250 BC. This is significantly more recent than the 6,000 BC that was proposed in earlier research.

The new studies also show that the driving force behind chicken domestication was the arrival of dry rice farming into Southeast Asia, the region occupied by their wild ancestor, the red jungle fowl. The availability of dry rice drew the jungle fowls down from the trees and brought them into a closer relationship with people, which resulted in their ultimate domestication.

This domestication process was underway by around 1,500 BC in the Southeast Asia peninsula. The research suggests that chickens were then transported first across Asia and then throughout the Mediterranean along routes used by early Greek, Etruscan and Phoenician maritime traders.

“This comprehensive re-evaluation of chickens firstly demonstrates how wrong our understanding of the time and place of chicken domestication was. And even more excitingly, we show how the arrival of dry rice agriculture acted as a catalyst for both the chicken domestication process and its global dispersal,” said Professor Greger Larson.

Additional dating results indicated that chickens did not arrive in Europe until around 800 BC, thus dispelling the claims that they were present before the first millennium BC. After arriving in the Mediterranean region, it took almost 1,000 years before chickens were established in the colder climates of Scotland, Ireland, Scandinavia and Iceland.

“This is the first time that radiocarbon dating has been used on this scale to determine the significance of chickens in early societies,” said Dr. Julia Best. “Our results demonstrate the need to directly date proposed early specimens, as this allows us the clearest picture yet of our early interactions with chickens.”

The results of these analyses also allowed the researchers to evaluate the changing relationship between humans and chickens over time. During the Iron Age in Europe, chickens were venerated and generally not regarded as food. The studies showed that several of the earliest chickens are buried alone and un-butchered, and many are also found buried with people. Male humans were often buried with cockerels and females with hens.

It was only during the time of the Roman Empire that the use of chickens and eggs as food was popularized. For example, in Britain, chickens were not regularly consumed until the third century AD, mostly in urban and military settings.

“Eating chickens is so common that people think we have never not eaten them,” explained Professor Naomi Sykes from the University of Exeter. “Our evidence shows that our past relationship with chickens was far more complex, and that for centuries chickens were celebrated and venerated.”

The team concludes that, with their adaptability in terms of a largely cereal-based diet, domesticated chickens were relatively quickly and easily transported along the land and sea trade routes to Asia, Oceania, Africa and Europe.

“The fact that chickens are so ubiquitous and popular today, and yet were domesticated relatively recently is startling,”said Dr. Ophélie Lebrasseur. “Our research highlights the importance of robust osteological comparisons, secure stratigraphic dating and placing early finds within their broader cultural and environmental context.”

The research is published in two separate scientific articles, appearing in Antiquity and the Proceedings of the National Academy of Sciences.