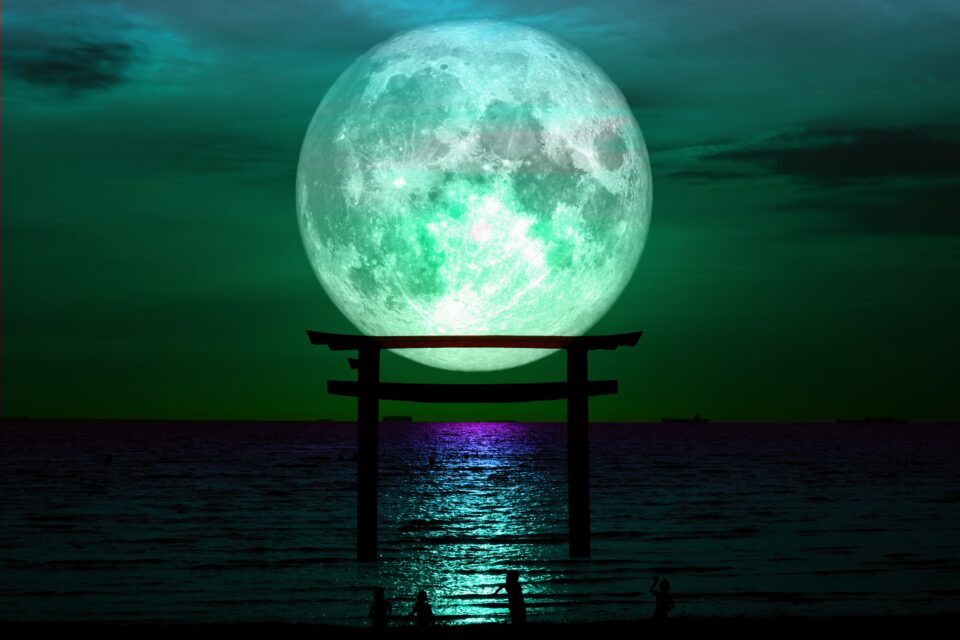 After the amazing spectacle offered by the Buck Moon – the largest supermoon of the year – in July, stargazers can enjoy tonight another celestial show provided this time by the Sturgeon Moon, which will be the last supermoon illuminating the night sky this year. This full moon will reach its peak at 21:36 ET (02:36 BST) and will be visible until dawn from regions with clear skies.

According to the Old Farmer’s Almanac, August’s supermoon was called the Sturgeon Moon by Native American tribes because the giant sturgeon – a prehistoric-looking fish that has been traced back to around 136 million years ago – was most easily caught during this time of the summer in the Great Lakes and Lake Champlain regions.

Other traditional names for this moon include the Flying Up Moon, a Cree term referring to the time when young birds are finally ready to take flight, as well as a variety of names signifying that crops have matured and are ready to be harvested, such as the Corn Moon (Algonquin, Ojibwe), the Harvest Moon (Dakota), or the Ricing Moon (Anishinaabe).

In Old English, the Sturgeon Moon was sometimes referred to as the Barley Moon, the Fruit Moon, or the Grain Moon, while in China, this full moon marks the beginning of the Hungry Ghost Festival, a traditional celebration honoring ancestors and aiming to appeased hungry, vengeful ghosts.

The Sturgeon Moon will appear about seven percent larger and 15 percent brighter than a standard full moon, since it will be closest to the Earth in its orbit, reaching a point called “the perigee.” This effect is further amplified when the moon is still low on the horizon – due to a phenomenon called “the moon illusion” – thus offering a breathtaking spectacle while it is rising. The Perseids meteor shower will also peak these days, but unfortunately it will not be very visible since it coincides with this supermoon.

“When I go outside and look at the full moon I feel very connected to the universe,” said Michelle Thaller, the assistant director of science at NASA’s Goddard Space Flight Center.

“The moon is so there; it’s a part of our lives; it may have affected the way humans thought about the universe, our evolution as a culture.” Although how the Sturgeon moon impacted our ancestors’ perception of the universe will largely remain a mystery, the fascination this moon brings to amateur stargazers today proves that such astronomical phenomena did not yet lose their power and appeal.