Sunflowers use an internal clock to bloom at optimal times • Earth.com 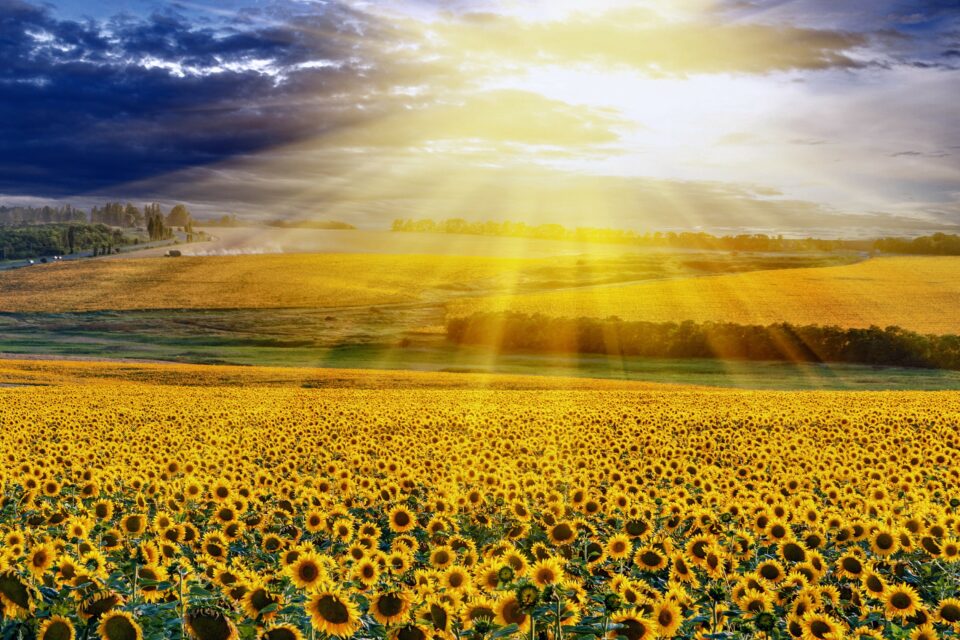 Sunflower heads consist of hundreds of tiny florets. Due to the way sunflowers grow, the youngest florets are in the center of the flower face and the most mature one at the edges, forming a spiral pattern from the center to the edge.

Now, a team of scientists led by the University of California, Davis has found that an internal circadian clock controls these distinctive concentric rings of flowering in sunflowers in order to maximize visits from pollinators.

An individual sunflower floret blooms over a couple of days. While on the first day it opens the male part of the flower that presents pollen, on the second day the female stigma unfolds to receive pollen. These florets coordinate to open in concentric rings starting from the edge and moving inwards on successive days, with a ring of female flowers always located outside the pollen-bearing male flowers.

Pollinators such as bees usually land on the ray petals around a sunflower head and walk toward the center, picking up pollen while walking over the female florets, then carrying it to a different flower head.

The internal circadian clock of plants or animals run on cycles of about 24 hours, allowing different genes to be activated at different times of the day. While natural day/night cycles keep this clock synchronized to actual day time, changes in the length of day light or darkness can reset the clock.

To understand the role internal circadian clock plays in turning the spiral pattern of florets into concentric rings of flowering, the scientists took time-lapse videos of sunflowers grown in different light/dark or temperature conditions.

The videos revealed that the plants’ circadian clocks control the opening of florets and that, when the clock was disrupted by exposing growing plants to continuous light, florets did not open in concentric rings, but only according to age, starting at the edge and moving toward the center in a continuous gradient. When plants that had matured with a disrupted clock were moved outside, they attracted significantly fewer pollinators than normal sunflowers.

“We think that being able to coordinate in this way makes them a better target for bees,” said study senior author Stacey Harmer, a professor of Plant Biology at UC Davis. “It’s a strategy to attract as many insects as possible.”

As the climate continues to change, it will become increasingly important to make pollination as efficient as possible in crops that require it. Better understanding how circadian clocks and environmental pressures affect flowering can help breeders develop cultivars that flower at the optimal times of day to attract more pollinators.