The top 10 sunniest cities in the United States • Earth.com 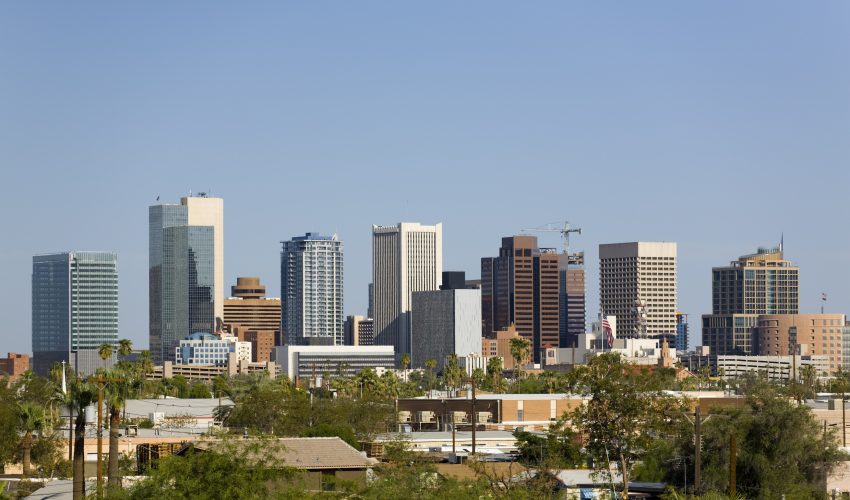 The top 10 sunniest cities in the United States

Although the therapeutic value of sunlight exposure is often overshadowed by its harmful risks, the health benefits of the sun are actually incredible. Sunlight therapy, or heliotherapy, has been used since the time of the ancient Greeks.

As we approach the official start of winter, the sunny days of summer start to seem like a distant dream. But there are some places in the country where the sun shines nearly all of the time. If you are feeling inspired to escape dreary winter weather, here are the top ten cities in the United States where sunshine is the most abundant.

With a 90 percent chance of sunshine year-round, Yuma is not only the sunniest city in the United States but is also the sunniest place on Earth. Yuma receives more than 4,000 sunlight hours per year and averages 11 sunny hours per day.

Located in northeastern California, the city of Redding takes over as the sunniest destination in the United States during the summer months. On average, Redding has sunny days 88 percent of the time.

Known for its long, hot summers in the Sonoran Desert, Phoenix has sunshine 85 percent of the time. An average of 3,872 sunshine hours per year makes it one of the top ten sunniest places in the world.

Just behind Phoenix, Las Vegas has an average of 3,825 hours per year with an 85 percent chance of sunshine on any given day. The city also has very little humidity and less than five inches of rain per year.

Tucson is another sunny destination in the Sonoran Desert which has sunny weather 85 percent of the time. This city is slightly cooler than Phoenix and gets about 12 inches of rain per year.

If you are visiting this west Texas town, there is an 84 percent chance you will have a sunny afternoon. Located in the Rio Grande across from Ciudad Juarez, Mexico, El Paso receives just over 9 inches of rain annually.

With hot summers and mild winters, the sun shines about 79 percent of the time in Fresno. Located in the San Joaquin Valley, Fresno is a major gateway to Yosemite National Park.

Also having a 79 percent chance of sun, Reno has an average of 252 sunny days per year. Reno is the largest city in northern Nevada, located on the eastern slope of the Sierra Nevada Mountains.

Flagstaff has 266 days a year with sunny skies and an average of 78 percent sunshine. At an elevation of 7,000 feet, the city is located on a mountain surrounded by volcanoes.

Sacramento has a 78 percent chance of sunshine throughout the year, and the likelihood of catching a sunny day in Sacramento during July and August jumps to 96 percent. The city, which is located in the northern part of California’s Central Valley, receives 3,608 hours of sunlight every year.