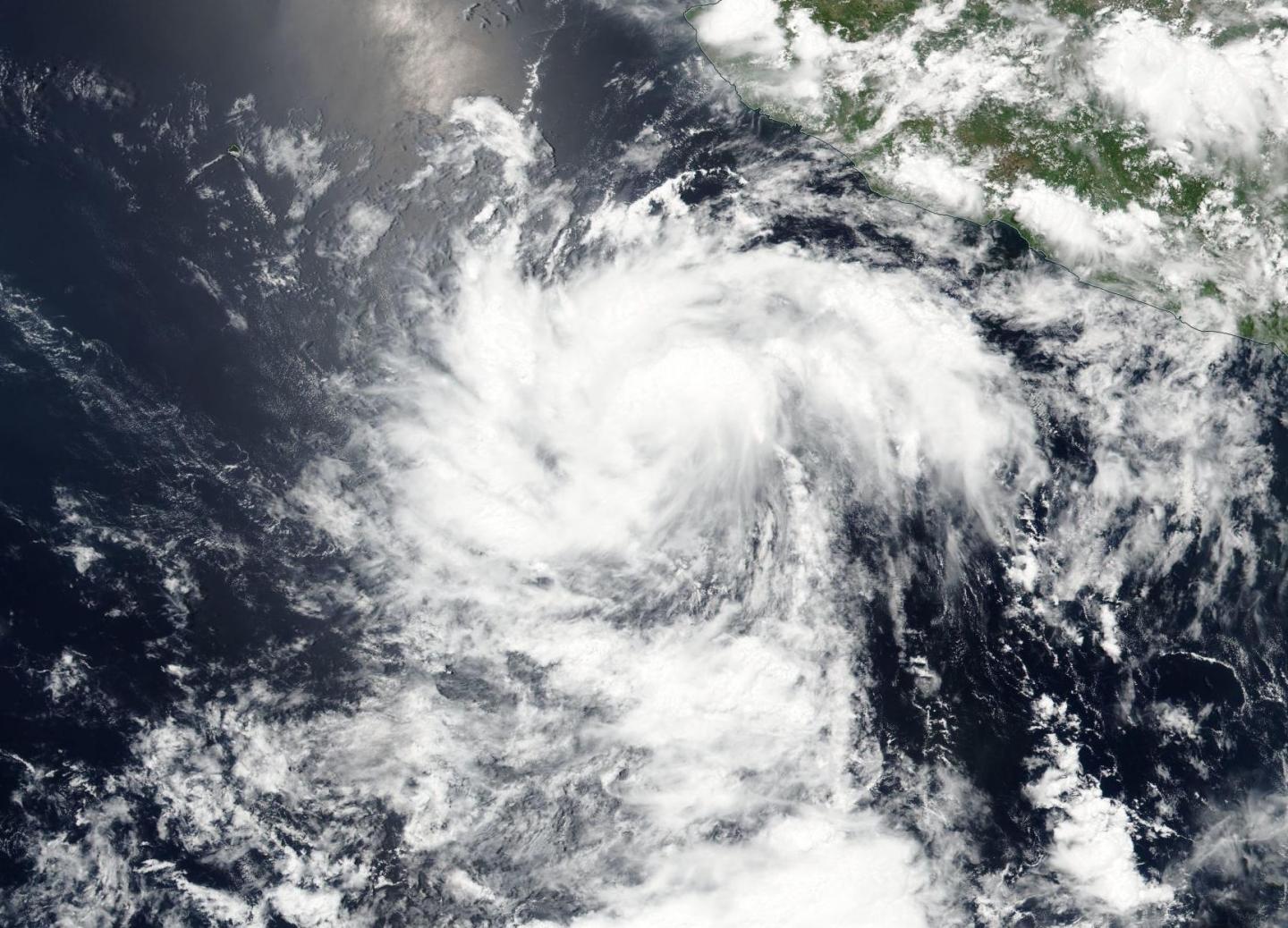 Tropical Depression 4 formed around 5 p.m. EDT off the coast of western Mexico on Monday, July 11. Soon after it formed he Visible Infrared Imaging Radiometer Suite (VIIRS) instrument aboard NASA-NOAA-DOD’s Suomi NPP satellite captured a visible light image of the storm. The VIIRS image showed thunderstorms around the center of circulation, and bands of thunderstorms wrapping into the low level center from the western and eastern quadrants. The depression continued to organize overnight, and by 11 a.m. EDT on July 12, the depression had become a tropical storm.

Forecaster Berg at the National Hurricane Center said “Recent microwave data indicate that the depression has a well-defined circulation with the center located to the northeast of the strongest convection.Suomi NPP satellite sees depression becoming Tropical Storm Darby

At that time the center of Tropical Storm Darby was located near16.0 north latitude and 108.5 west longitude, about 345 miles (555 km) southwest of Manzanillo, Mexico. Darby was moving toward the west near 10 mph (17 kph) and that general motion is expected to continue for the next couple of days. The estimated minimum central pressure is 1006 millibars. Maximum sustained winds have increased to near 40 mph (65 kph) with higher gusts. Some additional strengthening is forecast during the next 48 hours, and Darby could become a hurricane on Thursday.

In a couple of days, depending on the track Darby takes, it may track over the cold water kicked up from Hurricanes Blas and Celia. Tropical cyclones need sea surface temperatures at least near 80 degrees Fahrenheit (26.6 degrees Celsius) to maintain strength. Cooler waters sap evaporation that help form the thunderstorms that make up tropical cyclones, while warmer waters enhance evaporation.

In addition, the NHC noted that there may also be some vertical wind shear affecting the storm for a few days, so it would only allow for steady strengthening in the next three days before the colder water adversely affects the storm.

According to NHC, after a quiet May and June, the eastern North Pacific season has already caught up to where it should be climatologically in terms of named storms.