Scientists fear that a supervolcano in Italy is reawakening • Earth.com 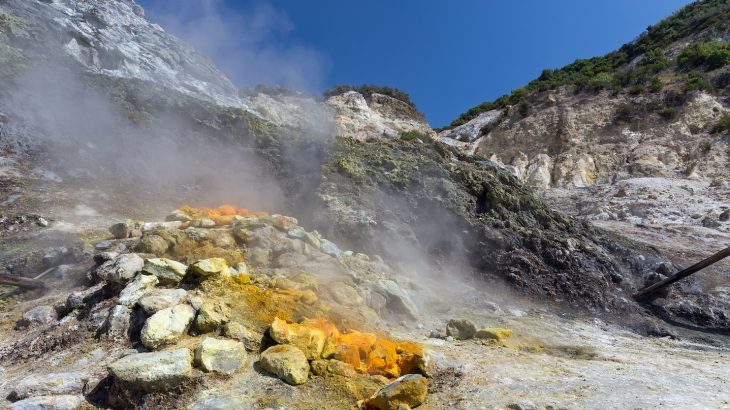 Scientists fear that a supervolcano in Italy is reawakening

An active supervolcano in southern Italy is building up large magma reserves, as many experts warn that it may be shifting into a pre-eruption phase. The Campi Flegrei volcano, which is made up of 24 craters, has been showing signs of activity that may represent a “reawakening.”

A research team led by Dr. Francesca Forni from the Institute of Geochemistry and Petrology in Switzerland has been analyzing past eruptions at the Campi Flegrei caldera. The researchers concluded that the underlying magma reservoir, which they called “one of the most hazardous regions on Earth,” may be accumulating magma in advance of a massive explosion.

The experts analyzed rocks, minerals, and glass samples from each of 23 previous eruptions. They were hoping to detect changes in water content and magmatic temperature that were associated with seismic activity in the past.

The caldera of Campi Flegrei is about nine miles to the west of Naples and is one of the few active supervolcanoes in the world. It has not erupted since 1538, yet it is believed the volcano is capable of creating a “super-colossal” eruption. Evidence has been found of one such eruption from 40,000 years ago.

Volcanologist Christopher Kilburn from the University College London explained, “Should an eruption occur, the best guess is that it will have a size and behavior…  ranging from the size of the last eruption (Monte Nuovo, 1538) to something similar to the eruption of Vesuvius that overwhelmed Pompeii and Herculaneum.”

Dr. Forni’s team found that there have been changes to the temperature and water content of the magma since the 1538 Monte Nuovo eruption. Scientists fear that an eruption of the Camp Flegrei supervolcano could cause even more widespread devastation than that of the infamous Mount Vesuvius.