Why certain people are more susceptible to the common cold • Earth.com 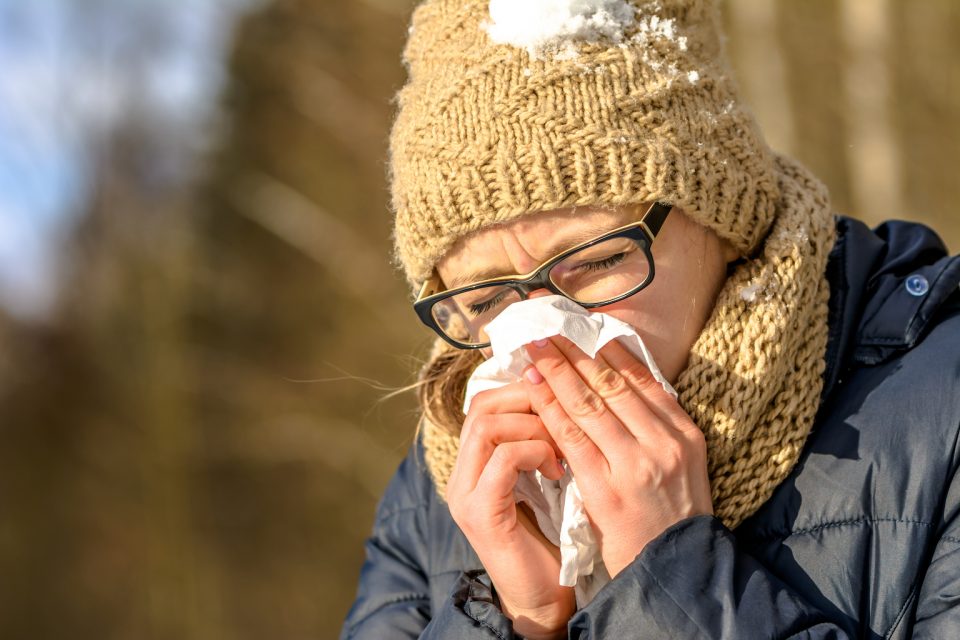 Why certain people are more susceptible to the common cold

You may notice that almost every single cold season, one of your friends or family members always falls ill – or maybe you’re the one who is a victim of the common cold every winter. Why is it that some people are more susceptible to getting colds than others? A new study, published in Cell Reports, may have found the answer to this question.

Rhinovirus is the fancy name for the leading cause of the common cold, as well as asthma attacks and other respiratory illnesses. When a cold virus enters the nose, the cells that line the nose – called epithelial cells – are usually able to respond and get rid of the virus before it can replicate and cause symptoms. But in some cases, certain individuals exposed to the virus can fall ill.

A Yale University research team, led by Ellen Foxman, exposed lung and nasal passage epithelial cells from healthy human donors to rhinovirus, and found the nasal cells have the more significant antiviral response – a finding that surprised the researchers. Investigating further, they triggered the RIG-I pathway, the virus surveillance pathway in both lung and nasal cells. Results showed that both cell types generated an antiviral response and defense response against oxidative stress, which is a type of cell damage caused by viruses and inhaled irritants like smoke or pollen. While antiviral response was stronger in the nasal cells, defense against oxidative stress was stronger in the bronchial cells.

Further experiments revealed evidence of a tradeoff, where the defense response against oxidative stress turned off antiviral defenses. The research team exposed nasal cells to oxidative stress caused by cigarette smoke, then to stress from a cold virus, and determined that the nasal cells were more susceptible to the virus.

“They survive the cigarette smoke but can’t fight the virus as well,” says Foxman. “And the virus grows better.”

Their findings are indicative of a balance between the body’s defense mechanisms.

“Your airway lining protects against viruses but also other harmful substances that enter airways,” Foxman explains. “The airway does pretty well if it encounters one stressor at a time. But when there are two different stressors, there’s a tradeoff. What we found is that when your airway is trying to deal with another stress type, it can adapt but the cost is susceptibility to rhinovirus infection.”

Foxman states that the study shows a mechanistic link between environmental exposures and susceptibility to the common cold. This makes sense in practice, as smokers tend to be more at risk of rhinovirus infections. These findings could help lead to new strategies to prevent and treat respiratory viruses, which result in half a billion colds and 2 million hospitalizations per year in the U.S. alone.