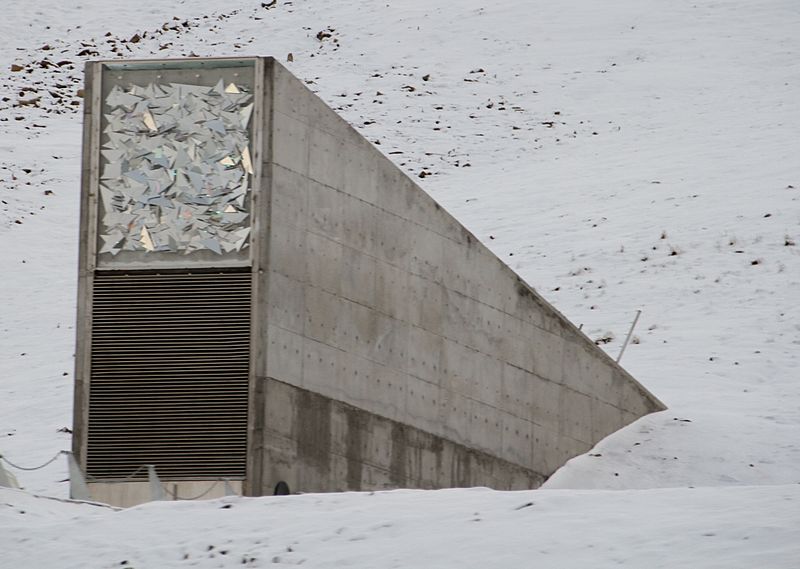 The Svalbard Global Seed Vault started life as an abandoned coal mine a little more than 800 miles from the North Pole. In 1984, it found new live as a secure seed bank.

Owned and operated by the Norwegian government, the coal mine has been converted into a top of the line facility holding more than 10,000 seed samples from all over the world.

The concept behind the $9 million vault? To protect those seeds, whether it be from a global disaster like a nuclear war or simply as “backup” in case of accidents at other seed banks around the world.

But the Global Seed Vault has been breached by floodwaters, and scientists say global warming is to blame.

One trait that drew the Norwegian government to the vault’s current location was a thick layer of permafrost. That permafrost was supposed to add an extra layer of protection to keep the seeds frozen until and unless they were needed.

Instead, high temperatures and late rainfall in the Arctic caused the permafrost to melt and flood the vault’s entryway. Fortunately, the water froze once it entered the access tunnel and was removed.

“After 9 years of operation, Svalbard Global Seed Vault is facing technical improvements in connection with water intrusion in the outer part of the access tunnel because the permafrost has not established itself as projected,” the vault’s administrators said in a press release.

Officials were quick to provide reassurance that the seeds stored by the vault are safe.

“The seeds in the seed vault have never been threatened and will remain safe during implementation of the measures,” the press release stated.

However, the melting permafrost is just one danger of climate change at the Global Seed Vault, and officials have taken steps to protect against future issues.

For example, pumps within the seed vault keep water out, but new drainage ditches and a waterproof wall will help to keep water away from the vault and protect the seeds if another flood occurs. Officials are also considering a new access tunnel to the vault.

The goal is to make the Global Seed Vault “self-sufficient” – able to run with minimal maintenance from humans.