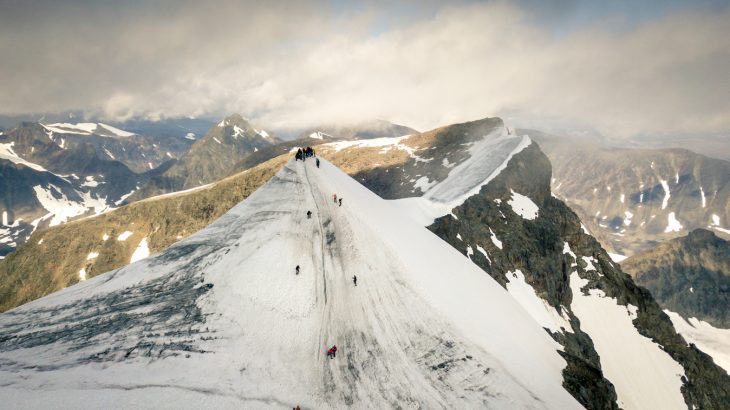 Sweden’s tallest mountain peak has melted down to second place

The tallest mountain peak in Sweden has been stripped of its title thanks to rising temperatures due to climate change.

Kebnekaise Mountain in northern Sweden has two peaks, and for over a century, the mountain’s icy southern peak was the tallest in the country.

After years of melting due to steadily rising temperatures, scientists have confirmed that the southern peak is now around four feet lower than the northern peak, according to CNN.

Over the past 50 years, the southern peak lost 78 feet of ice, and the rate of melting is increasing.

“For the first time since 1880 we can say for certainty that it’s lower than the other peak,” Gunhild Ninis Rosqvist, a geography professor at Stockholm University, told CNN. “Last year we suspected it, but it never went below the other peak. Now, we measured it at the end of melt season on September 3 using GPS technology with only a few centimeters margin of error.”

Rosqvist has measured the peak each year and found that in the last ten years, the rate of melting has been around three feet per year.

The peak could gain some of its height back over the winter, but any progress would be short lived with summer bringing warmer temperatures and faster melting rates.

“Temperatures in the summer have increased. Actually, they’ve increased all year round. Even the winters are warming here,” Ninis Rosqvist said. “What’s happening a Kebnekaise’s southern peak is representative for all the glaciers in Scandinavia right now. It’s a symbol for glacier melt. They’re all melting very rapidly.”

The unprecedented rate of melting is not surprising considering the record-breaking summer heatwaves that Sweden has experienced in recent years.

Each year, Rosqvist has noticed the glacier at Kebnekaise’s southern peak get thinner and thinner.

Kebnekaise Mountain is just one more, in an ever-growing list of climate change casualties.